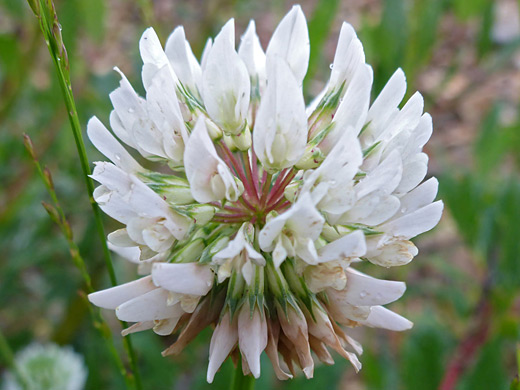 Trifolium repens is native to Europe, Asia and North Africa, and is naturalized across the US, occurring in all states. Plants are creepers, readily taking root from the leaf nodes, and often forming large colonies. All plant parts are hairless. Leaves have the familiar palmate form, divided into three leaflets, each with two distinct pale areas across the lower half, either side of the midvein. Leaves are attached by stalks similar in length to the leaflets.

The inflorescence is a compact, spherical cluster, a little less than one inch in diameter, typically containing several dozen flowers; these have all-white petals and a narrow calyx, light green at the base, darker at the lobes. Flowers initially point upwards but bend downwards as they mature, exposing the green pedicels. 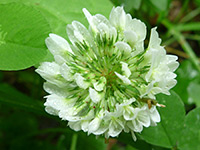 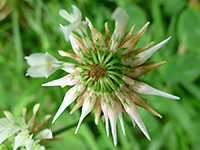 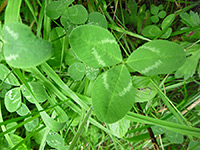 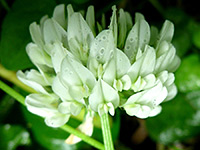