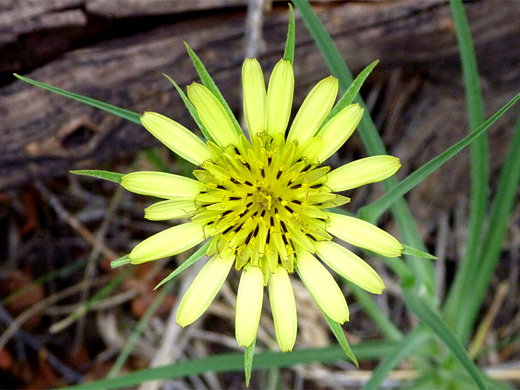 The symmetric flowerhead of tragopogon dubius is formed of around 8 to 13 narrow green phyllaries, which project out below the wider but shorter ray florets. These are colored yellow, and have five teeth at the tips, corresponding to grooves down the ligule. The outermost rays are noticeably longer than those closer to the center. Each ray floret has a divided stigma, at the top of a style enclosed by fused brown anthers.

The stalks are hairless and glabrous, contain milky sap, and are somewhat swollen beneath the flowerheads. Leaves are also hairless, and clasping. Flowers are followed by a spherical seed ball, similar to the common dandelion. The species is not native to the US, being introduced by early settlers on account of its edible roots. 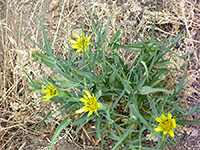 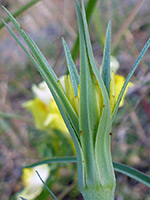 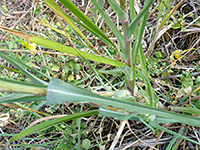 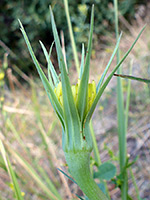 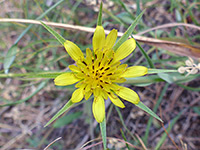