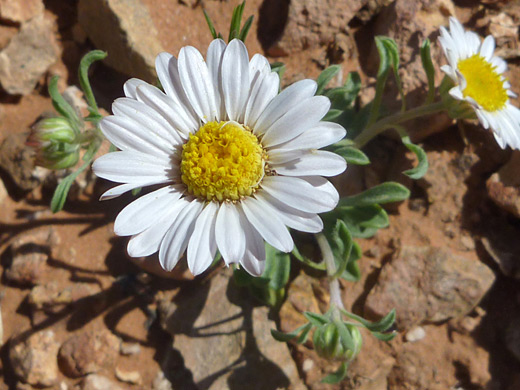 Townsendia incana is a low growing perennial, producing one to several short stems, often bending, with leaves at the base and along the stem. Plants usually inhabit open, exposed locations, with sandy or rocky soils. Leaves are also short, around half an inch long, though occasionally up to 1.5 inches. They have a moderately dense covering of white hairs, lying against the surface, as do the reddish stems. Leaves are quite thick.

A relatively large flowerhead is borne at the top of each stem, though generally not quite as wide as the leaf rosette underneath. The hemispheric or bell-shaped involucre is ringed by 3 to 4 rows of phyllaries, the longest lanceolate in shape, while above are 13 to 34 white ray florets, a little less than half an inch long, around a center of 60 to 80 yellow disc florets. The tips of the ray florets may have a pinkish tint. Phyllaries have a strigose hair covering, and are often purple along the margins. 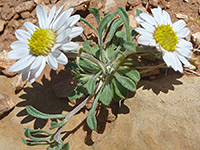 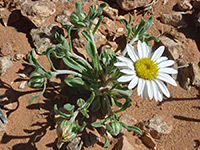 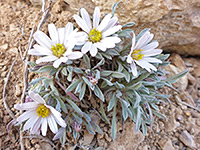 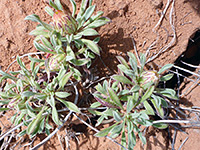 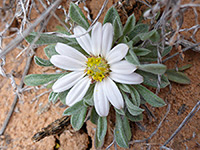 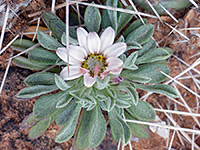 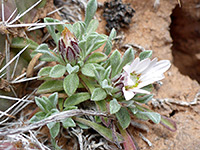 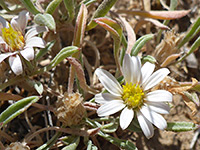 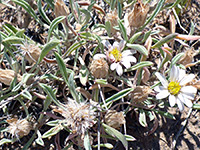 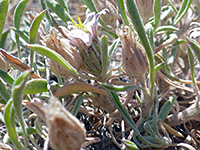 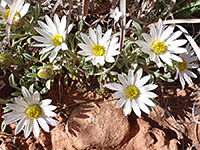 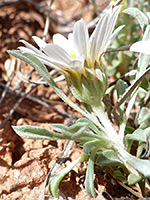 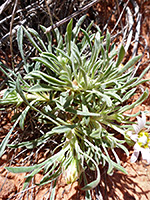 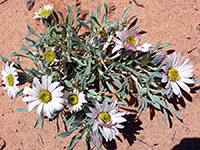 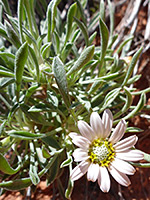 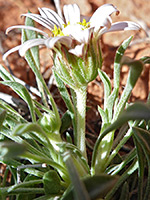