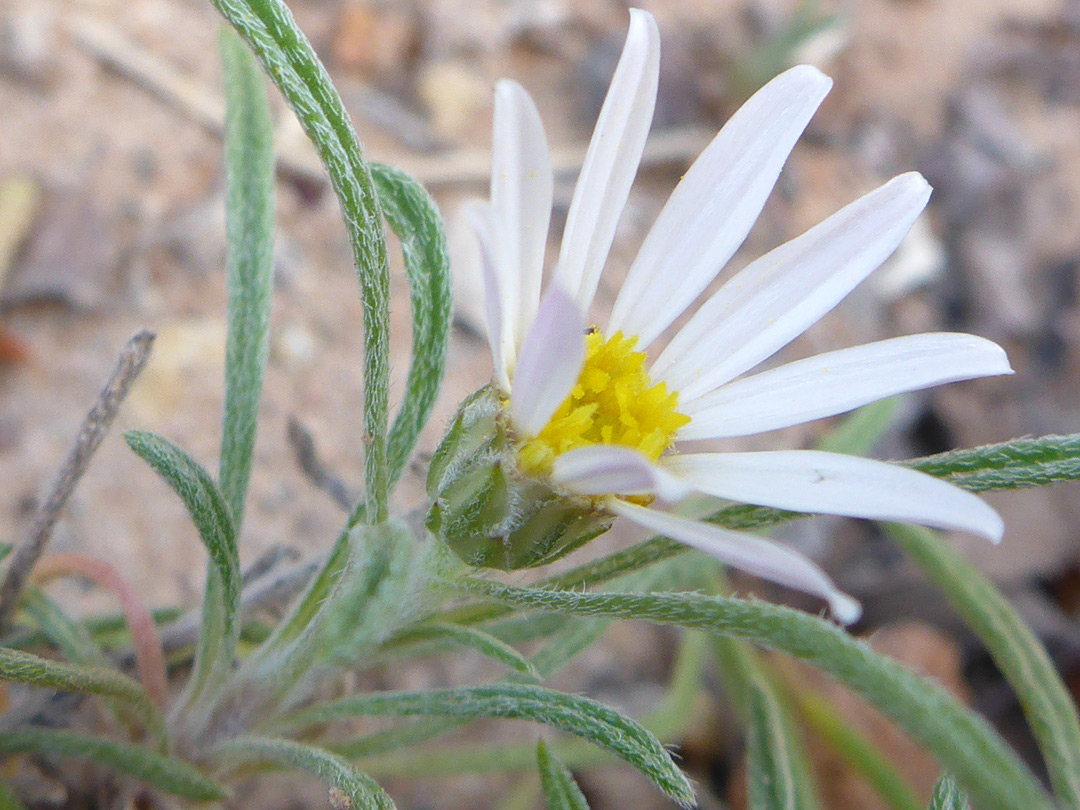 Fendler's ground-daisy (townsendia fendleri), Talus Canyon, New Mexico
Townsendia fendleri, a perennial, is one of the less common members of the genus, restricted to scattered areas in central northern New Mexico and southern Colorado, and considered to be of conservation concern. One distinguishing feature are the leaves, which are much narrower than most other species, linear in shape, and covered by short, white, appressed hairs (strigose). Stems, which grow upwards or at an angle, are similarly hairy, but the green color is still clearly visible.

Flowerheads are solitary, at the stem tips, and are generally shorter than the uppermost leaves. Ray florets number ten to 25, they are white or pale pink (underneath), while the disc florets, up to 80, are yellow. Phyllaries, in several series, are ovate to broadly lanceolate, pointed at the tip, and hairy along the margins. 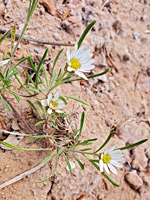 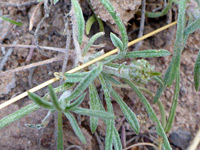 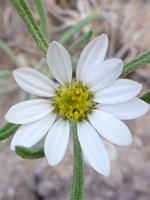 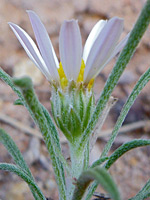 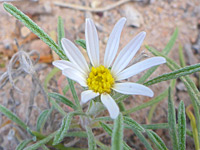