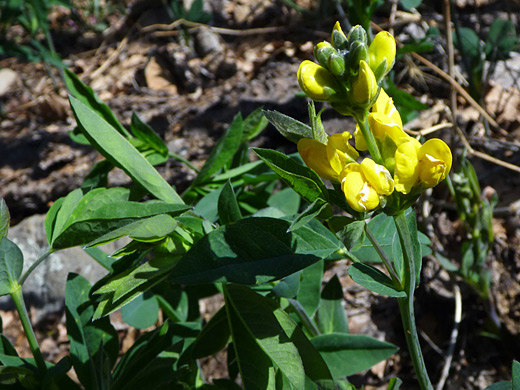 The yellow flowers of thermopsis montana resemble those of lupines, but the plant is easily distinguished by its leaves, which have three segments; lupines have five. The flowers form in elongated clusters containing several distinct rows, and plants inhabit shady, often wooded areas of most of the Western states. Stems are quite rigid, and the plant grows vertically, though a large number of flowers may cause them to bend towards the ground.

Flowers are supported by five lobed calyces, green to brownish in color, lightly to densely covered by short hairs. The flowers are followed by thin, upwards-pointing seed pods, which also have a covering of fine, light-colored hairs.

Most specimens of of thermopsis montana are var montana; there is also an uncommon variant, var hitchcockii, which is noticeably hairier, and is found only along the coast of Washington. 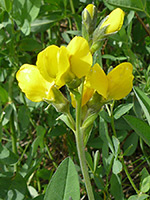 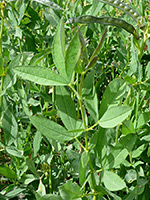 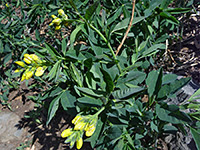 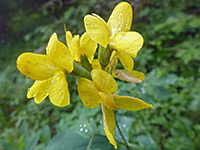 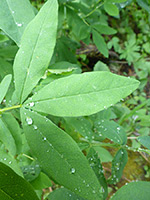 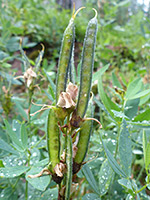