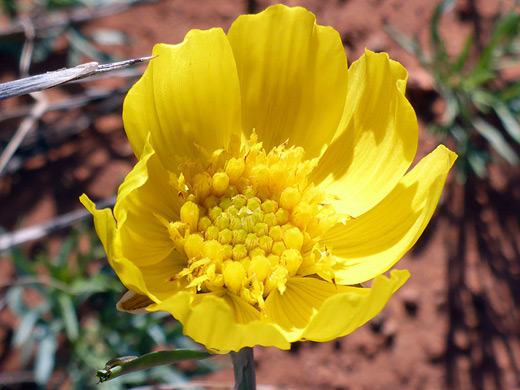 Flowerheads of thelesperma subnudum are centered on up to 100 yellow, short-lobed disc florets, each containing a column of fused anthers and a style. These are usually surrounded by eight broad ray florets, up to 0.8 inches long, with slightly fringed margins. Sometimes the rays are absent. Below are eight lance-shaped phyllaries, lined by thin, whitish margins, while at their base are up to nine shorter, spreading bractlets, the calyculi.

Cauline leaves are concentrated on the lower third of the stem; they are pinnately lobed, divided into an odd number of linear to narrowly oblanceolate segments, pointed at the tip. All plant parts are hairless. Stems are erect and unbranched. Flowerheads are produced singly or in groups of up to three, at the top of the stem. 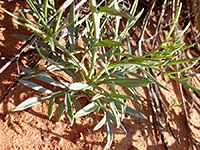 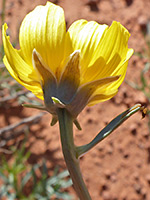 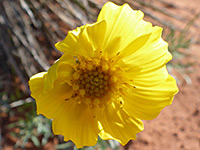 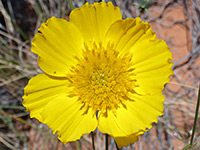 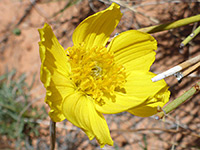