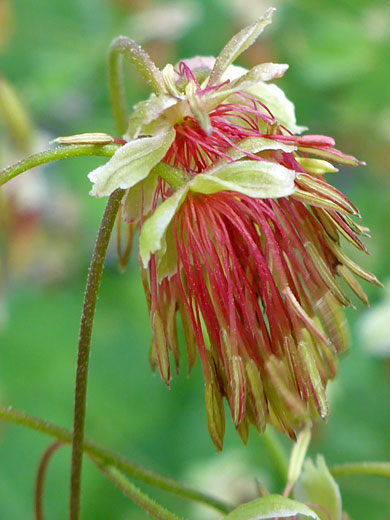 The inflorescence of thalictrum fendleri is dioecious; plants produce either male or female flowers. Male flowers have between 15 and 28 relatively long stamens, with yellow to reddish-purple filaments and elongated yellowish anthers; the anthers make up about a third to a quarter of the length of the stamen. At the base are four spreading, light green, ovate sepals, around 0.3 inches long. Flowers are usually pendent. Female flowers also have four light green sepals, but shorter and more lance-shaped, above which are a cluster of green carpels with long, feathery styles, colored white to light purple.

The hairless stems are usually only around 2 feet tall, but sometimes up to three times this. Leaves grow mainly along the stems rather than at the base; they are divided into broad leaflets which are shallowly lobed, the lobes notched or toothed. Ultimate segments are rounded. Leaves may be glabrous (var polycarpum) or finely glandular-hairy, especially the undersurfaces (the more common var fendleri). 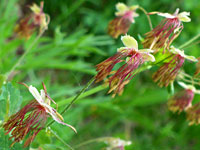 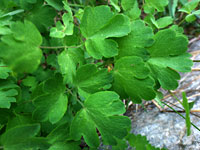 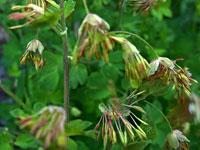 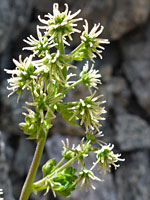 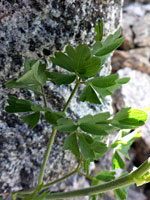