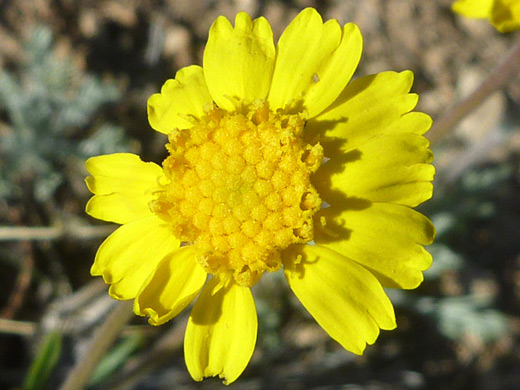 Identifying features of tetraneuris acaulis include the clustered basal leaves, the long hairs on the basal leaves, the lack of stem leaves, the number of ray florets (usually 7 to 15), and the outer phyllaries, which number between 6 and 12 and are red along the edges, green in the middle.

Plants may produce just one stem or up to 30, to a height of around one foot. Stems may be pendent at first but are erect when fully grown, and and topped by a single yellow flowerhead. Stems are reddish green in color and have a covering of long white hairs, some against the surface, others radiating outwards. Leaves grow in untidy clusters around the base of the stems, usually mixed with shrivelled leaves from the previous season. Leaves do not have a prominent midvein. The yellow ray florets have three notches at the tips, and are about 1.5 inches long. The flower center is formed of between 25 and 100 yellow/orange disc florets.

There are four variaties (acaulis, arizonica, caespitosa, epunctata), differing in such aspects as leaf hairiness, phyllary length and presence/absence of small glands on the leaves. 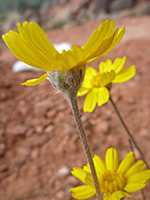 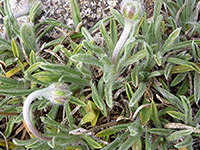 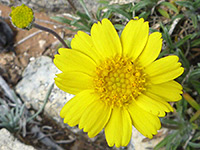 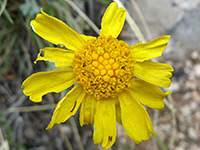 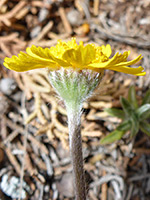 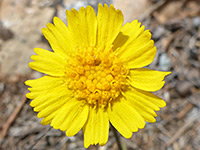 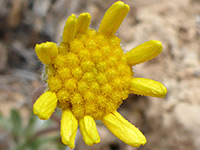 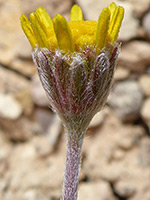 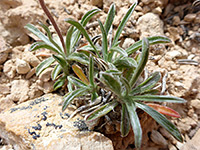 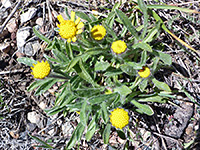 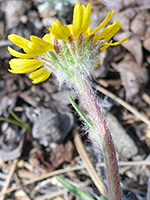 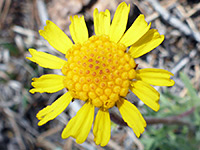 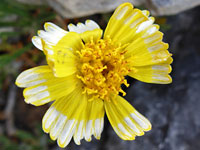 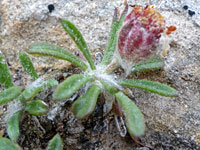 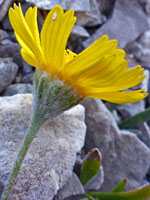 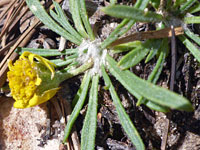 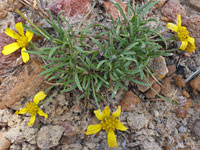 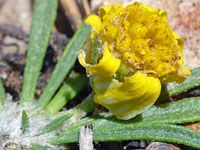