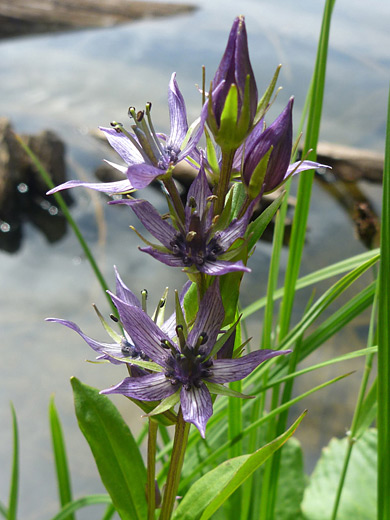 Swertia perennis is one of the prettier mountain wildflowers, producing compact, elongated clusters of purple-petaled flowers which contrast with the rich green foliage. The five petals, or corolla lobes, are mostly separate, joined only at the base, and have a complex pattern of darker veins and spots. Underneath are five slender, pointed, green sepals, just a little shorter. The flower center contains a short, thick style, five thick purple stamens topped by split anthers, and ten glands fringed with a few short white hairs. Flowers are slightly less than one inch in diameter. The main stem, and the flower stems, are also unusually thick. Most leaves grow at the base; the stems have only a few (opposite) pairs, well separated. The plant is widespread but not abundant, growing in bogs and other wet places in mountainous regions. 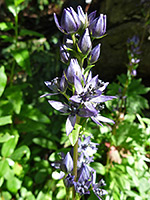 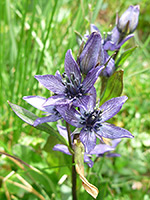 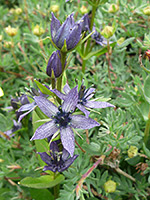 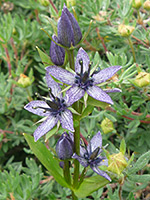 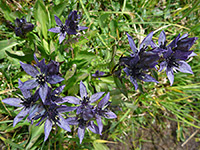