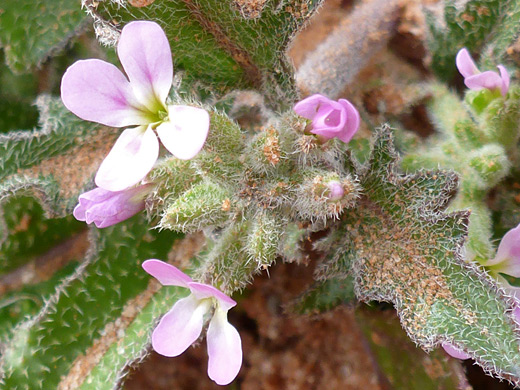 As the common name suggests, strigosella africana (formerly malcolmia africana) is a non-native species, originating in north Africa and other Mediterranean countries, but it has become established in some of the western states, mainly Nevada and Utah. Plants can be over one foot tall, but sometimes rise just a few inches, growing mostly sideways. Leaves and stems are rigid, and densely covered by small, branched white hairs. Lower stem leaves are thick, relatively large and irregularly dentate, while those near the top of the stem are much smaller, bract-like.

The flowers have four hairy, clawed, reddish green sepals, in two slightly unequal pairs, and four pink petals, whitish below the center and pale yellow at the base, and about a quarter of an inch in length. Fruits are narrow, hairy green (later purple) pods, round or square in cross-section, up to 2 inches long; they are angled upwards (ascending). 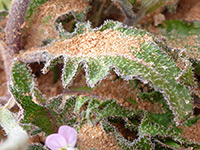 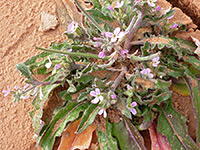 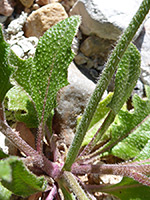 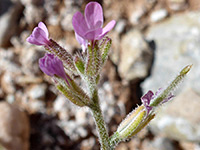 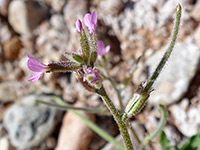