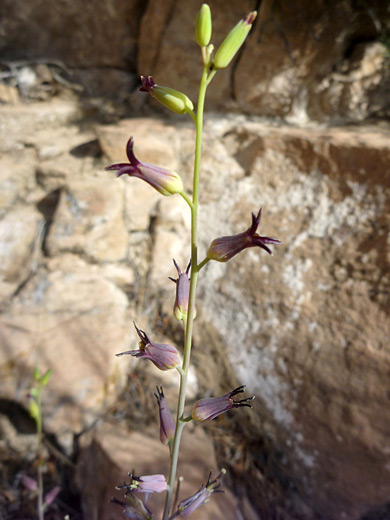 The unusual flowers of streptanthus cordatus consist of an urn-shaped calyx, greenish and wider lower down, purple and narrower at the top, and four narrow purple petals about half an inch long, somewhat folded along the axis. Inside are several pairs of short stamens and a two-lobed stigma. Buds are light green to yellow. Flowers are produced at alternate, quite widely-spaced intervals along the top few inches of the smooth, hairless, mostly leafless stem, which can reach heights of 3 feet or more. Stems are usually unbranched, and have a somewhat waxy texture. Basal leaves are attached by stalks, and have a few edge teeth, mostly towards the tip, while lower stem leaves are clasping, with smooth edges. The teeth are often bristly. 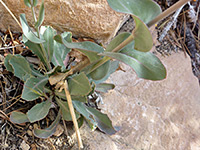 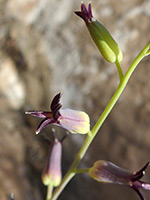 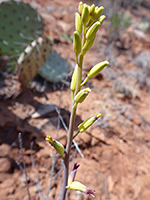 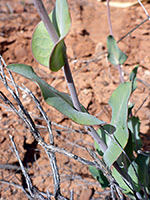 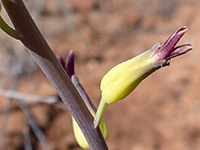 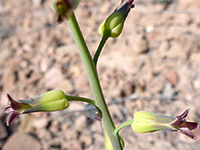 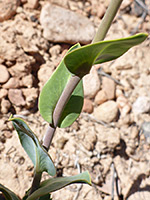 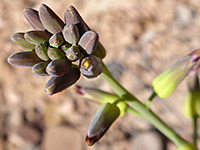