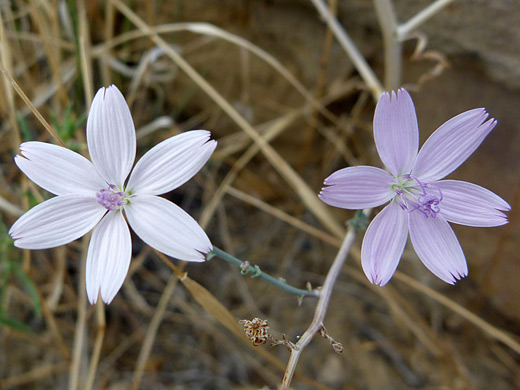 The stems of stephanomeria pauciflora are thin, green, branched and grow at different angles, often forming a rounded, tangled mass, mixed with the dead brown stems from the previous year; this is in contrast to some similar species which tend to have less branched, taller and more vertical stems. The small leaves are mostly basal; those on the stems are reduced to small scales, and are well-separated so when not in bloom the plant is easy to miss. Stem leaves tend to be withered at flowering time. Like all dandelion-type species, the stems contain milky sap. Stems and leaves are usually smooth and hairless.

Flowers form at the tip and the upper nodes; they have 5 or 6 ray florets, with notched tips and a grooved surface. At the center are several stamens, split at the tip into two curly projections. Flowers are attached via a short stalk (peduncle), less than half an inch in length, and lacking any scale-like bracts. The pappus bristles are colored light brown; those of the very similar stephanomeria tenuifolia are white. 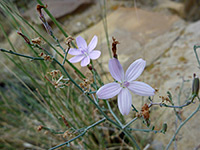 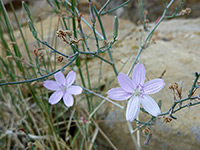 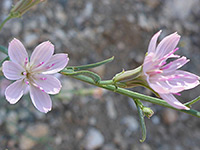 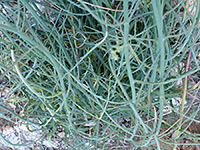 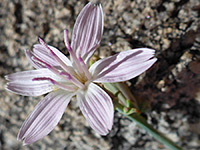 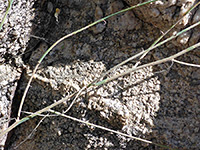 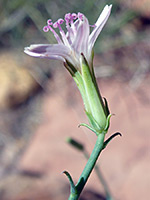 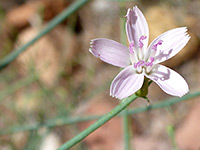 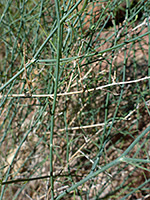