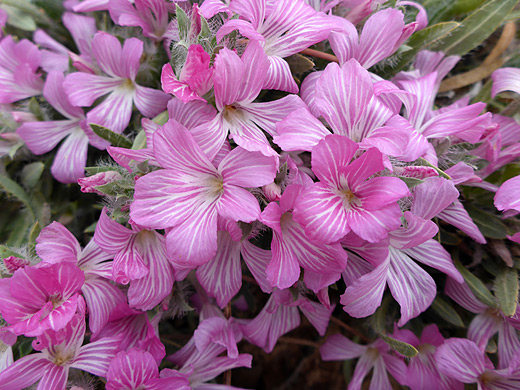 Stenandrium barbatum is an uncommon species of the Chihuahuan Desert in New Mexico and Texas, forming spreading clusters of many short stems and narrow, grey/green leaves. Both sides of the leaves have a covering of thick, white hairs, densest on the upper surfaces. Flowers are formed of a small, green, lobed calyx and a relatively large corolla, opening to five lobes which are pink, streaked with white, contrasting with the dull green leaves. Flowers are not radially symmetric; two of the lobes are closer than the other three, and also somewhat larger.

The common name (early shaggytift) refers to the early blooming, at the start of spring. 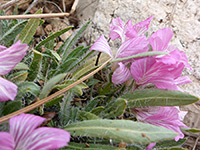