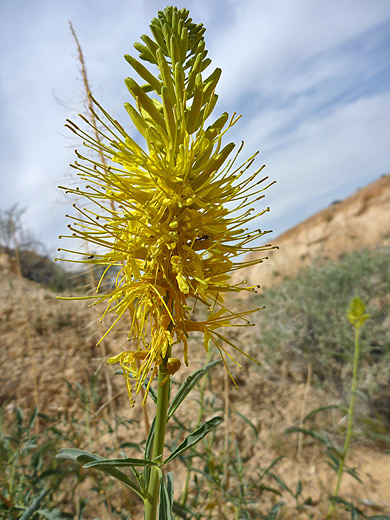 The rich, lemon yellow flowers of stanleya pinnata grow on short stalks along the upper portion of the tall, unbranched stems, forming an attractive, elongated cluster in which the buds open gradually, starting with the lowest section and continuing for several months. The unusual flower heads have four sepals around the base, then a tube that opens into four small petals and a cluster of long stamens that projects well beyond the corolla. The inner surface of the petals is hairy.

Stems become woody at the base, and often remain upright for one or two years after withering. The basal leaves are (usually) pinnately divided but often wither by the time flowering begins, when only the undivided stem leaves remain. Seed pods are green, narrow and long (up to 4 inches), projecting outwards at first then hanging downwards. 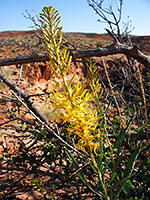 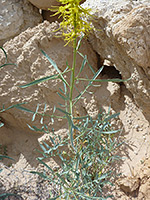 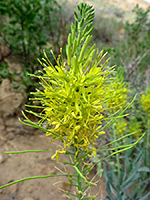 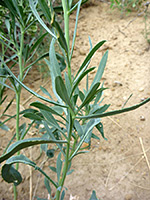 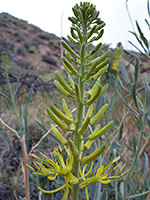 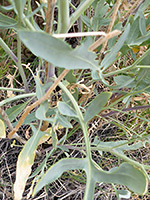 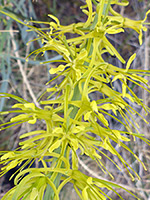