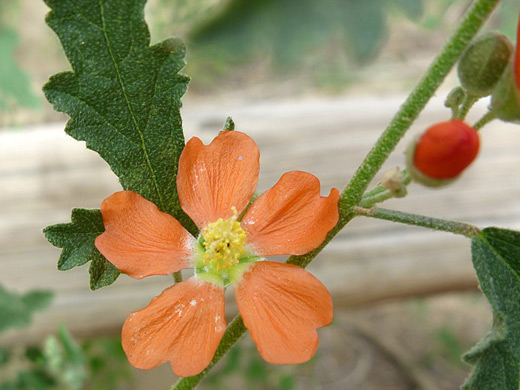 Most globemallow species have distinctly cup-shaped flowers but sphaeralcea fendleri is an exception, as here the petals open fully, and are not overlapping, instead touching or separated. They can be colored orange or pink, and have a notch at the tip. Petals are green at the base, and are centered around a group of yellowish stamens and a pistil. Leaves are generally flat but may have partially upturned edges. They are usually divided into two small side lobes and a wider, longer central lobe, all further divided. The upper surface is green, while the lower side is more greyish. Stems and leaves have a covering of small, well separated hairs, each hair star-shaped, formed of five segments. Plants can grow large and shrub like, with many branches. 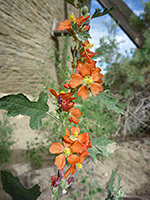 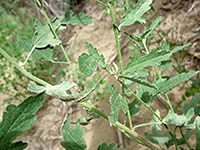