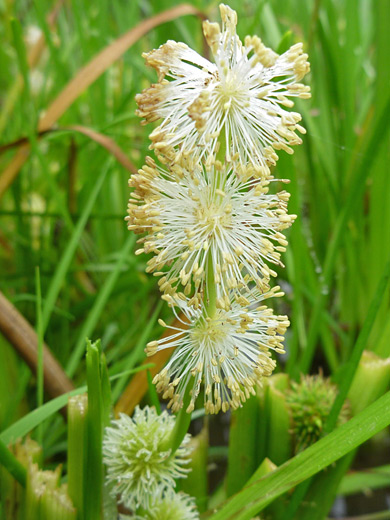 Sparganium emersum may grow directly in water, or, more usually, beside water, in wet, marshy ground. Stems of aquatic plants are weak but quite long, three feet or more, and often floating, while those on firmer ground are less than three feet high, but firmer. Leaves are long, thick and generally flat, though those on terrestrial plants often have three sides.

Individual plants produce both pistillate and staminate flowers, arranged in a series of tight, spherical clusters along smooth stalks. The pistillate inflorescence has between one and six clusters, while the staminate inflorescence has between three and seven clusters. Male flowers produce between two and eight stamens, with thin, white filaments topped by yellow anthers. Female flowers generally have one style, topped by a two-pronged, whitish stigma. 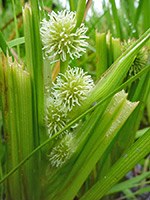 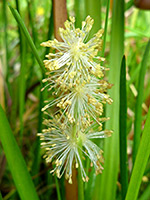 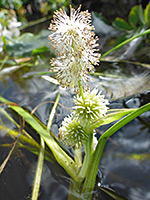 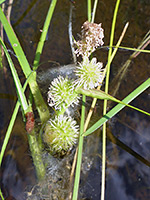