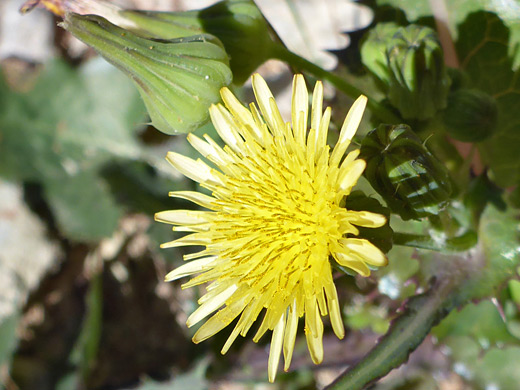 Like all species of its genus, sonchus oleraceus originates in Europe, Asia and Africa; it has become naturalized in all US states, and is most widespread in Arizona and California. Leaves grow at the base, and along the stems, where they are somewhat longer. All leaves are divided into a large, arrow-shaped terminal lobe and several opposite pairs of lateral lobes, all lined by sharp, irregular teeth. Stems may branch a few times above the middle.

Flowerheads are attached by stalks of up to 2 inches; these may be hairless, or sparsely covered by either short, bristly, glandular hairs or softer, woolly hairs. The involucre is widest towards the base, constricted above, and lined by three rows of appressed phyllaries. The ligulate florets are yellow above, partly pinkish below. Plants can bloom any time of the year, but spring and summer are the most common seasons. 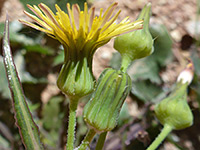 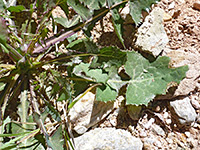