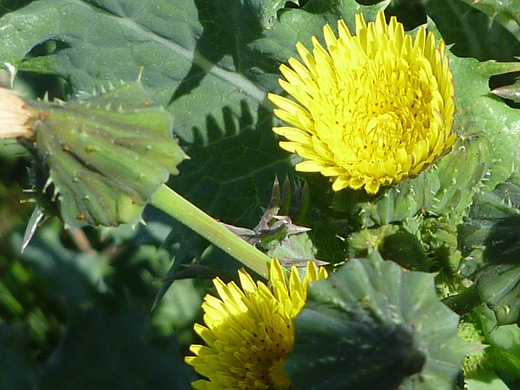 Like many thistle species, sonchus asper is not native to the US, originating from Europe, but it has become established in every state. The yellow, dandelion-like flowers form a cluster at the top of the thick, hollow, ridged stems (filled with milky sap); they are composed of up to 150 thin ray florets and dozens of short stamens, branched at the tip, and they have a diameter of one inch when fully open. The largest leaves grow around the base; those higher up the stem are smaller, clasping via basal lobes, and they have an alternate arrangement. The seeds also resemble those of a dandelion, forming a feathery white ball. 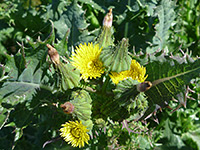 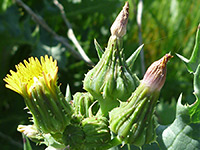 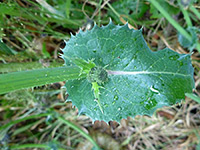 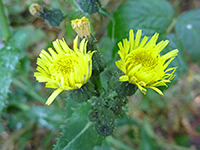 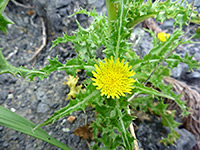 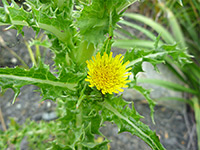 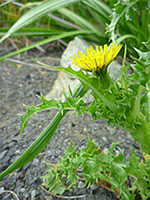