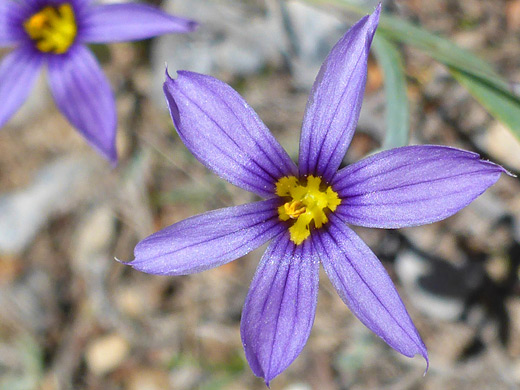 As its common name suggests, sisyrinchium halophilum is the most widespread blue-eyed grass in Nevada, and the east of California. Hairless, grass-like leaves grow in a cluster around the stems, which are relatively short, generally less than one foot. Stems and leaves are dull green in color, often with a glaucous coating. Flowers form singly at the top of the stem, above a pair of green, leaf-like spathes, which have translucent margins, widest towards the apex. The outer spathe is between 0.5 and 1 inch in length, similar or slightly longer than the inner. Stems are usually unbranched.

Flowers are formed of six tepals, colored bluish-purple, crossed by darker veins, with a yellow patch at the base. Three outer tepals (up to 0.5 inches long) alternate with three slightly shorter inner tepals. The tips of the tepals taper abruptly to a small point. 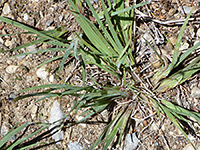 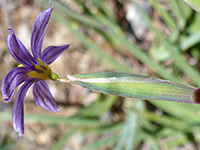 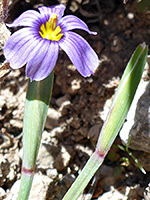