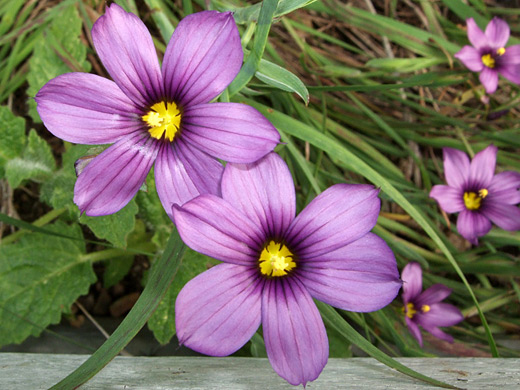 The pretty flowers of sisyrinchium bellum (western blue-eyed grass) measure nearly an inch in diameter, formed of six purple or bluish petals (darker at the base, widest towards the apex) which have a tiny spike at the tip and several lengthwise veins. The middle of the flower is bright yellow, centered on a fused group of stamens and a style. Flowers grow along the tips of the lightly branched stalk, followed by dark brown fruit in late summer. Plants are quite variable in flower color, size and growth habit. White flowers are least common. California is home to about eight species of sisyrinchium, but bellum is the most widespread. 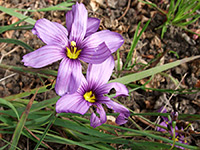 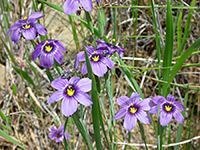 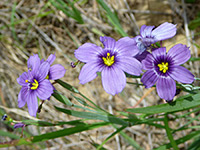 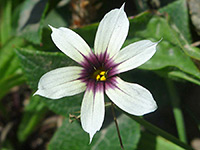