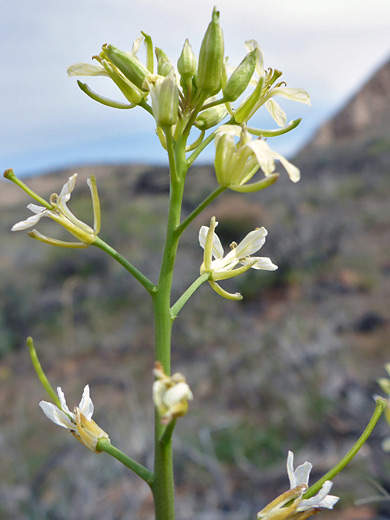 Originating in Europe, sisymbrium altissimum has spread across most of the Western states in the US, often seen alongside roads and in other disturbed areas. Leaves are long and compound, pinnately divided into narrow lobes; those at the base and along the lower stem are themselves lobed, or toothed, while leaves higher up the stem are narrower, often threadlike, and have entire edges. The stems are tall and stout, and are sparsely covered with stiff hairs towards the base, becoming hairless above. Stems branch freely, mostly along the upper half.

Flowers are produced in branched, open clusters, and the plant has a long blooming period, from spring all through summer. The four short, narrow, oblong, greenish yellow sepals are spreading to ascending, while the four non-overlapping yellow petals are longer, spatulate in shape, and bent at the midpoint; the upper part is angled away at about 90 degrees, exposing the style and stamens. 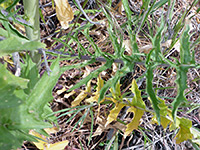 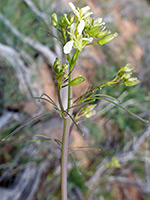 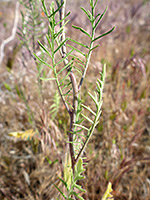 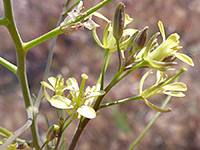 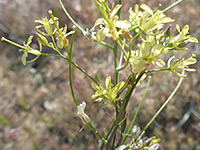