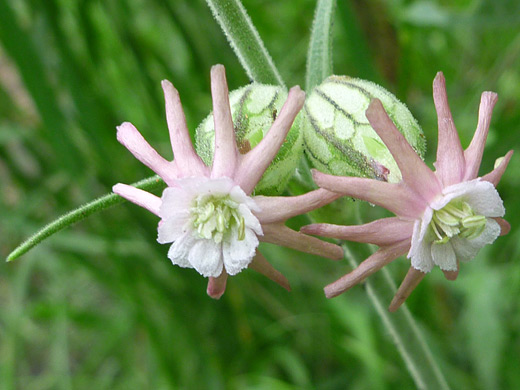 Silene scouleri is a variable species but can usually be identified by its petals, which may be angled backwards, below the plane, and are each divided, nearly to their full length, into two or four narrow lobes. Lobes may have teeth along the edges. Petal color ranges from dull pink to nearly white. The calyx (formed of fused sepals) can be tubular or inflated, widest in the middle or more towards the base, and is lined by ten greenish-purple veins. The surface is glandular. The center of the flower contains a group of styles and stamens. Flowers grow at the leaf nodes, in pairs or whorls. Leaves are produced at the base, and in pairs (1 to 12) at intervals most of the way along the stem; both stems and leaves are covered by fine, soft hairs.

There are three subspecies. Ssp hallii, found in the Pacific northwest and the Rocky Mountains (but mostly in Colorado) has a relatively large, inflated calyx, (usually) 3 to 6 flowering nodes, and two-lobed petals. Ssp scouleri (also known as ssp grandis), primarily found along the Pacific coast, is taller and produces a denser inflorescence, with 4 to 12 flowering nodes and two or four-lobed petals. Ssp pringlei grows in high elevations of Arizona and New Mexico; it has nodding flowers (in pairs) and narrow leaves. 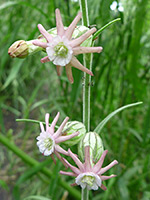 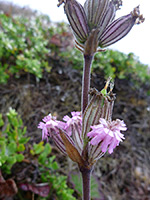 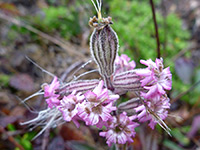 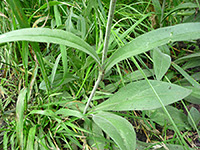