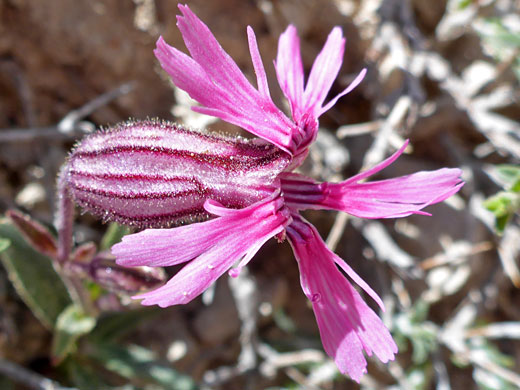 Silene petersonii is mainly found in Utah - on the Markagunt Plateau, Pausaugunt Plateau and Escalante Mountains in the south, and the Wasatch Plateau in the center, plus a small population in the Spring Mountains of southern Nevada.

Stems are unbranched, and evenly covered by short, sticky, glandular hairs, as are the leaves. Leaves have a single vein, and are oblanceolate at the base, becoming elliptic or lanceolate (and smaller) up the stem. Stem leaves are in three to six opposite pairs.

The relatively large flowers are usually produced singly, at the top of the stem. They have a narrowly bell-shaped, five-lobed calyx, not much constricted at the top, pink in color, up to 0.8 inches in length, and crossed by ten purple ribs. The corolla is pink and its five lobes are divided into two to four differently-sized segments, with irregular margins. 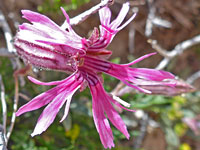 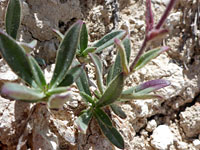 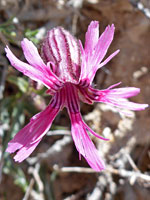 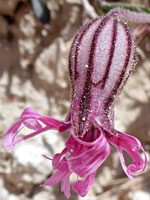 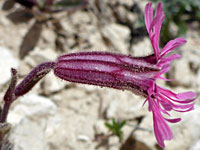 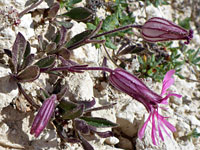