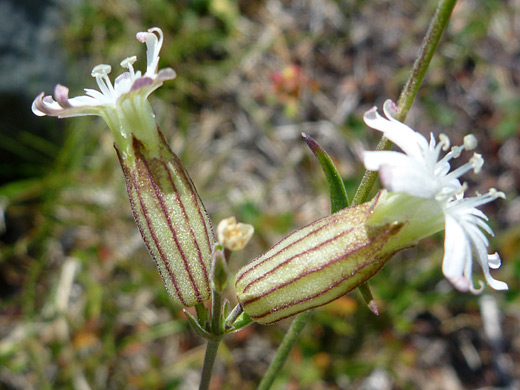 Silene douglasii grows mainly in forested, mountainous regions of the North and West. Leaves are narrow, produced around the base and in opposite pairs along the stems, which may be upright or leaning. Leaves and stems are puberulent, covered by short, soft, downy, greyish-white hairs, as is the tubular, light yellow calyx, which is about half an inch long and has ten purple veins running lengthwise, five meeting the tips of the calyx lobes, the other five in between.

The flower is formed of five white petals, each divided for about half their length into two lobes, and each with a pair of appendages at the base, resembling smaller petals. The undersides of the main petals have a pinkish tint, and the tips often curve upwards slightly. The flower center contains a group of stamens and styles, protruding a little way beyond the petals.

There are three varieties of silene douglasii: var oraria has slightly wider, and thicker leaves, and is found in coastal regions of Oregon. The rare var rupinae of the Columbia River gorge has leaves around 15 times longer than the width, and hairs which are glandular, while the widespread var douglasii has leaves around 5 to 10 times longer than the width, and non-glandular hairs. 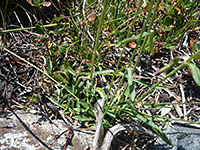 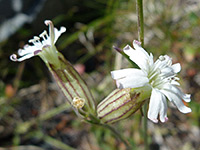 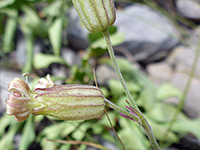 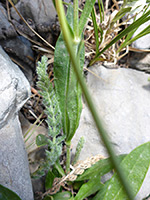 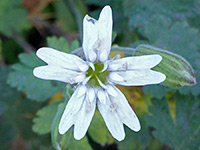 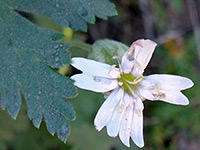 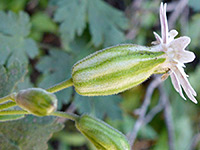 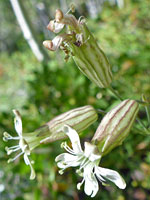 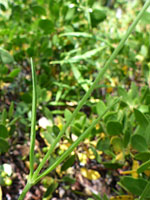 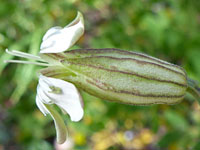