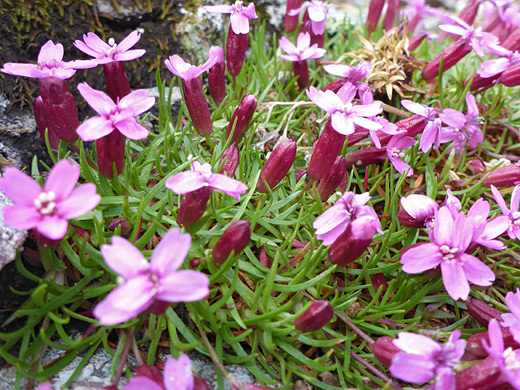 Flowers have a slender, red-purple, barrel-shaped, ten-veined calyx (formed of fused sepals) and a tubular, lighter-colored corolla that opens to five lobes, notched at the tip, and often bent back slightly below the plane. The center of most flowers contains ten stamens and three styles, all projecting beyond the petals, though some flowers lack pistils. The plant is quite variable, in such aspects as leaf size and shape, flower size and whether or not the flowers are supported by short stalks (peduncles). 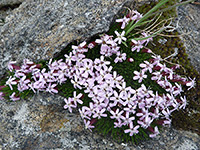 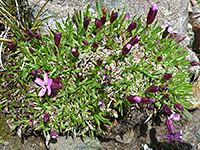 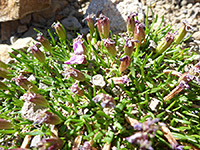 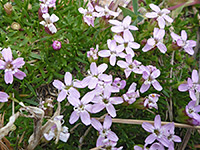 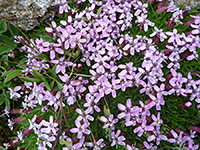 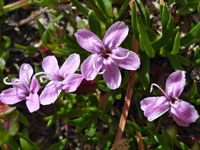 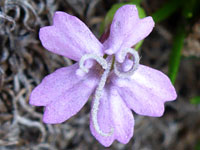 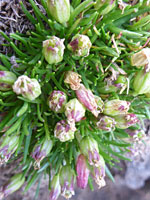