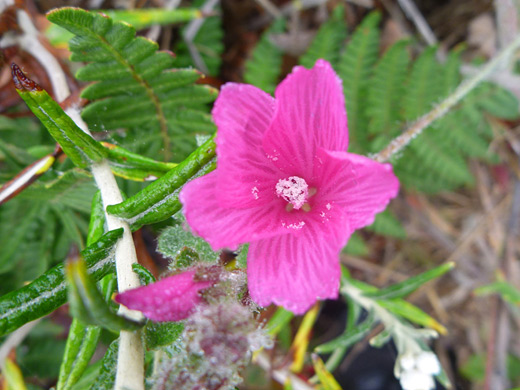 Although occurring over a relatively small area - the coastline of California and Oregon - sidalcea malviflora is a very variable plant, with at least eight subspecies recognized. They differ in such aspects as leaf shape and divisions, petal venation, degree of overlapping of the calyces and the degree of hairiness of the stem and leaves. Apart from the rare ssp dolosa of the San Bernardino Mountains, all are found within a hundred miles or so of the coast, at elevations below 3,000 feet.

Stem and leaves are usually hairy, and the hairs are often star-shaped. Leaves are typically broader than they are long, variously lobed or toothed (occasionally entire), and noticeable larger around the base than along the upper stems. Flowers are formed of five sepals, fused at the base, and five free but overlapping petals, light to dark pink in color, usually crossed by lighter (or white) lengthwise veins. Petals are generally around two thirds of an inch in length. 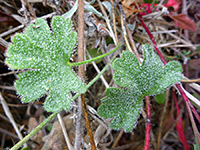