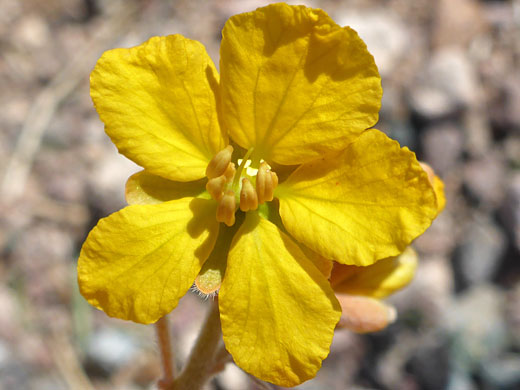 Senna covesii, Painted Rock Petroglyph Site, Arizona
Leaves of senna covesii are divided into small, elliptic leaflets, which have a tiny spike at the tip and a light covering of short, white hairs, as do the freely-branching stems, which are woody, and lack thorns. Leaflets are attached via short stalks. Plants produce many leaves but relatively few flowers, borne at and near the top of the stems. The five rounded, bright yellow petals are about half an inch long, crossed by darker veins, and are overlapping at first but eventually open fully, allowing the five broad, reddish sepals to be visible underneath. Petals are abruptly narrow at the base. The flower center contains ten short stamens, of which three are infertile, lacking anthers. 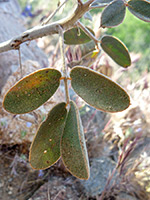 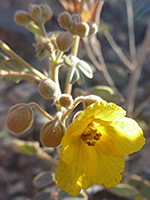 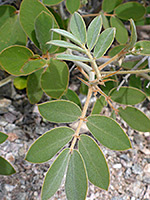 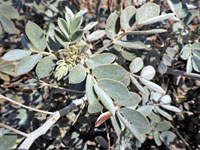 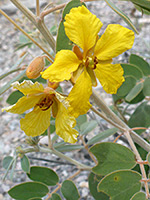 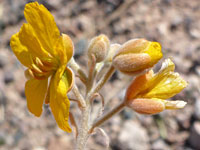 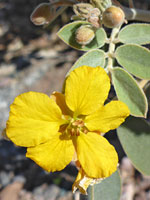 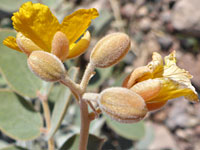 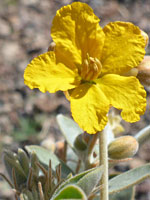