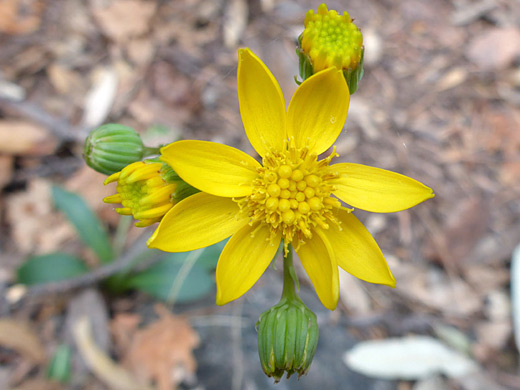 Senecio wootonii is one of the earliest-blooming species in this genus, with flowers appearing in April at lower elevations. Plants produce one stem or several, reaching heights of between one and two feet. Leaves are mostly basal, ovate in shape, tapering to a long, broad petiole; leaf margins are lined with small, well separated teeth, or denticles. Stem leaves are much smaller, and stalkless. All plant parts are hairless.

The inflorescence is an open cluster, usually containing between eight and 25 heads, but sometimes as few as three. The brown-tipped phyllaries number 13, less often 21; below are a few linear bractlets, the calyculi. Flowerheads have a center of several dozen ray florets, around which are between eight and ten ray florets. 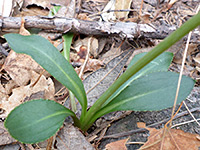 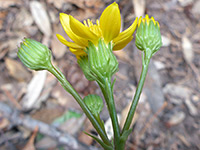 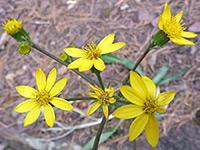 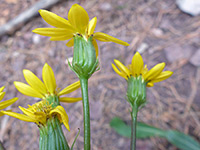