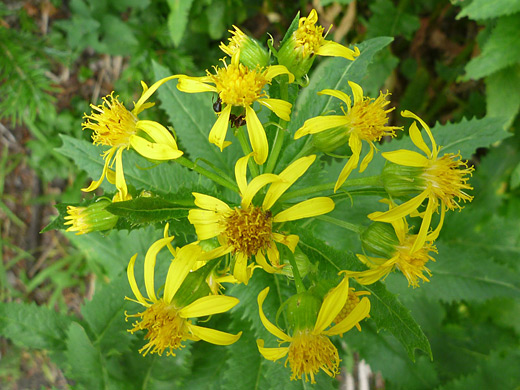 Senecio triangularis is a tall, leafy species; the unbranched stems bear large, triangular leaves at closely-spaced, alternate intervals, topped by terminal flower clusters, typically containing between 10 and 30 heads. The longest leaves grow around the middle of the stem, and those towards the base have short stalks, while the remainder are stalkless. Stems can grow singly, but usually form loose clumps.

Flowers have 8 ray florets, rather untidily arranged around the central disc florets, while beneath are 13 green phyllaries (occasionally 8 or 21); they may be dark at the tip.

The similar but less common senecio serra can be differentiated by the leaves, which are lanceolate rather than triangular (the bases tapered rather than flat), and have smaller edge teeth. 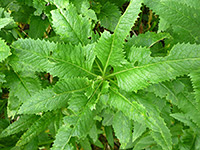 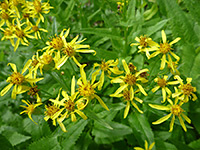 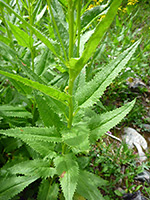 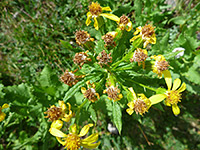 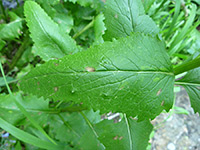 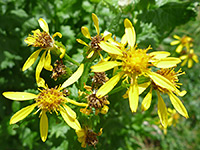