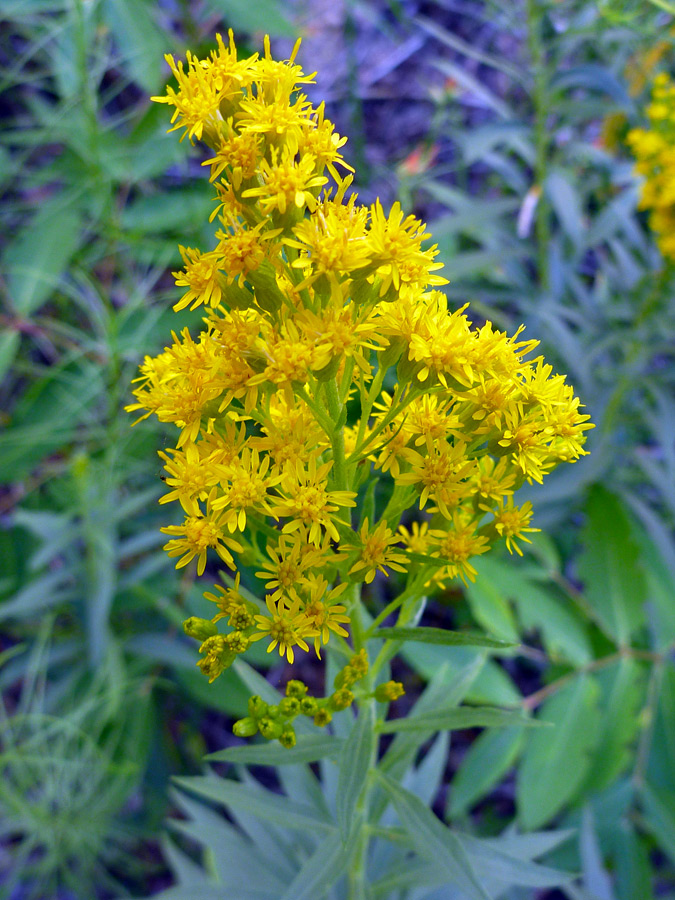 Yellow flower cluster of broom-like ragwort (senecio spartioides), in Death Hollow, near Escalante, Utah
Senecio spartioides is one of the taller members of this large genus, characterised by its upright growth form, long narrow leaves, and the fact that leaves lower down the stem wither away by the time the flowers open, so the plant seems top-heavy. The yellow flowers usually have between 5 and 8 ray petals but can have up to 13, possibly as a result of hybridization.

The flower center is a cluster of ray florets, initially rounded and bud-like, later longer and protruding. Flowers are followed by long, silvery seeds, like those of the common dandelion. Stems are unbranched apart from the flower cluster; instead the plant spreads from the base. 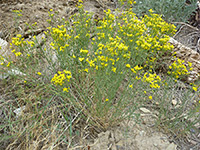 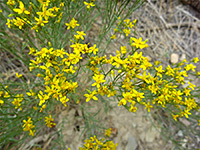 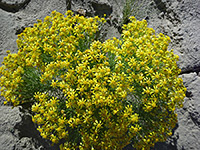 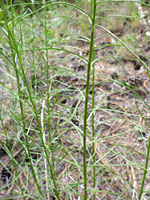 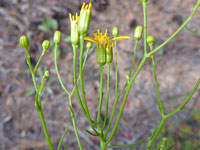 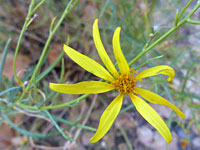 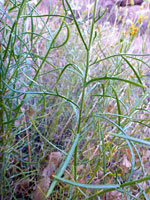 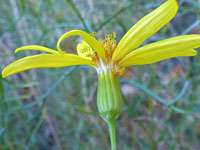