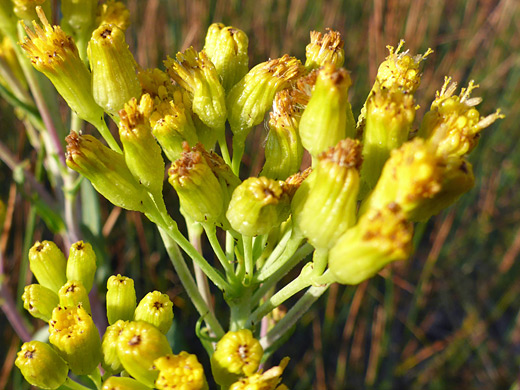 As its common name implies, senecio hydrophilus inhabits moist to wet environments, including standing water. Stems are produced singly or in clusters of up to four; they are hairless, colored light grey-green to reddish. Leaves have a prominent, whitish center vein. Basal leaves are spreading, while those on the stem tend to angle upwards. Upper stem leaves are much reduced in size.

Flowerheads are produced in dense clusters, of up to 40, sometimes more. Ray florets may be lacking, but where present there are usually five, at most a quarter of an inch long and relatively broad. Disc florets number between 20 and 40. The phyllaries (usually 8, less often 13) are yellowish-green, sometimes with black tips. There are two to four short bractlets at the base of the involucre, often black-tipped. 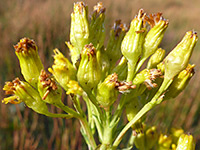 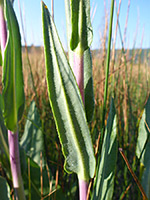 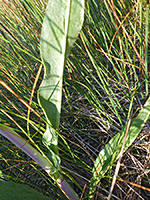