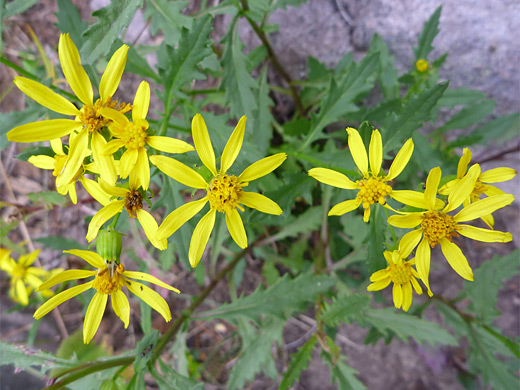 The common name of senecio eremophilus, cutleaf groundsel, refers to the deeply incised leaves, which grow around the base and most of the way up the branched stem, though those lower down may wither before flowering. Leaves and stems are generally hairless. Plants may produce one stem or several. Stems can be purplish towards the base.

Flowers have a small number of ray petals, usually around 8, and often have a rather untidy appearance due to bent or missing rays. The center is formed of yellow disc florets, which elongate and turn brown when mature. Under the flowerhead are about 8 or 13 thin phyllaries, with green or black tips, while beneath those are 3, 4 or 5 linear bractlets, or calyculi, a little shorter, and often angled outwards. Some phyllaries also curve outwards but most stay pressed against the involucre.

There are three varieties of senecio eremophilus (eremophilus, kingii, macdougalii), differing in calyculi and phyllary characteristics; var kingi is by far the most common, with 13 rather than 8 phyllaries, and calyculi about half as long as the phyllaries. 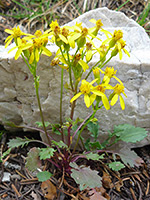 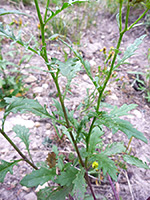 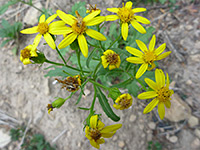 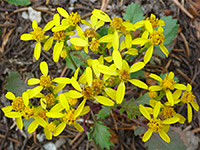 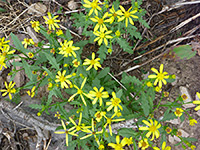 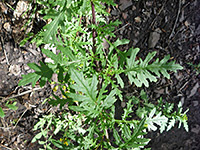 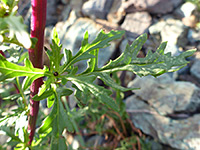 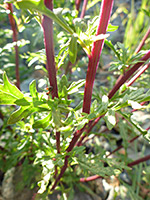 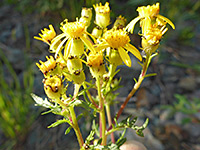