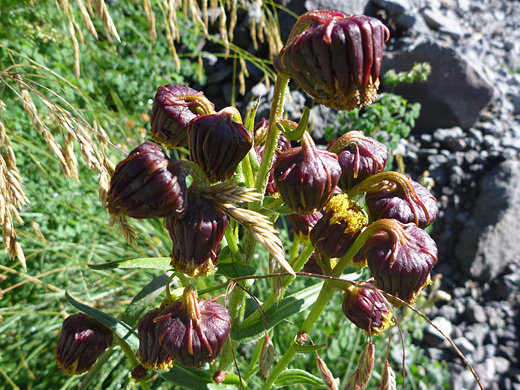 Although a large genus, many senecio plants are quite easy to identify, such as senecio bigelovii, which features flowers that are nodding - pointing directly downwards - and contain disc florets only, no rays. Only a very few other senecios produce nodding heads, and those that do also have ray florets, for example senecio amplectens.

Senecio bigelovii flowers are about half an inch in diameter, enclosed by approximately 13 or 21 non-overlapping, linear phyllaries, which are usually pale green or yellow in color but often turn purplish later in the season. Beneath the phyllaries are narrower, linear bractlets, similar in appearance but generally about half as long, and numbering 4 to 10.

The plant forms small clusters, typically with a dozen heads. The large green leaves grow at the base and most of the way up the stem in an alternate arrangement; they are hairless or only sparsely hairy (tomentose). Mid to upper stem leaves are clasping.

There are two varieties of this species: var bigelovii has foliage that is more likely to be completely hairless, and flowerheads with around 13 phyllaries, while var hallii has finely hairy foliage and heads with around 21 phyllaries. 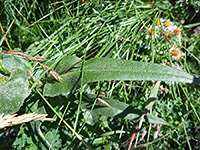 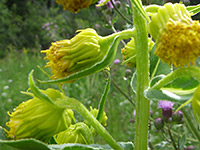 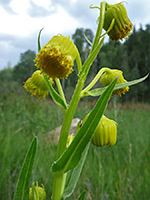 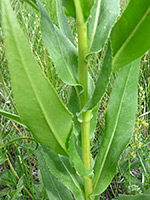 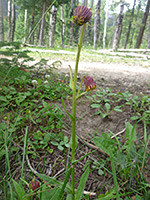 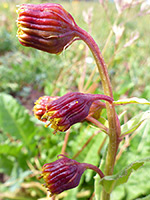 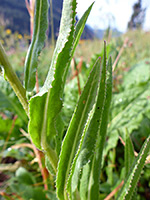 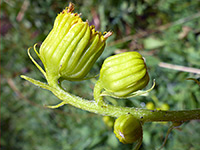 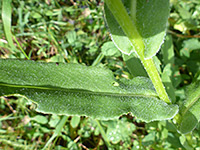 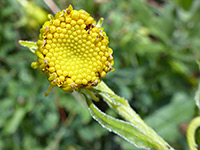 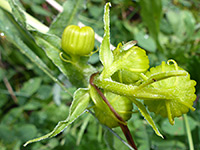 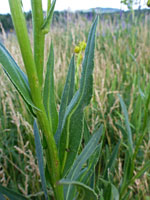 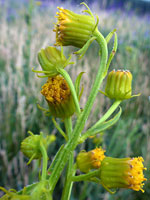 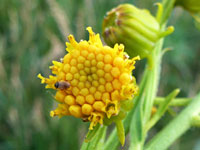