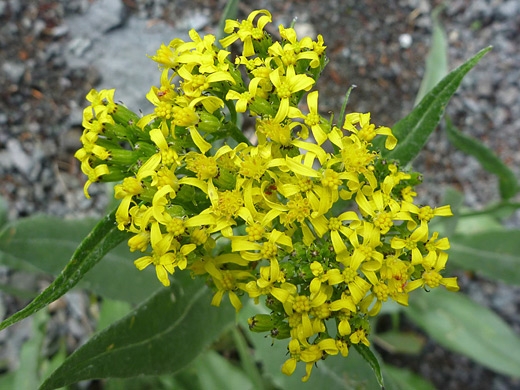 Senecio atratus is a small flowered species, not generally distinctive, but easily identified by the dark tips of the otherwise light green phyllaries. The plant forms open, flat-topped clusters, several inches across; the yellow heads (typically numbering between 20 and 60) are about half an inch in diameter and formed of (usually) 5 thin, backwards-curving ray florets, 10 to 12 disc florets and 8 linear phyllaries. At the base of the phyllaries are between 2 and 5 narrower, similarly-colored bractlets, also black-tipped, and about a third as long.

The leaves of senecio atratus are also quite noticeable, being large, numerous, upwards pointing (almost vertical), densely covered by short, woolly, grayish hair, and lined by small, regular teeth, sometimes reddish. Stems and flower stalks are ribbed. A plant can produce just one stem, or up to five. This species can colonize large areas, and is common alongside both roads and trails in mountainous regions. 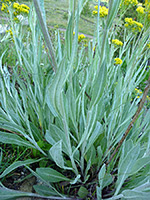 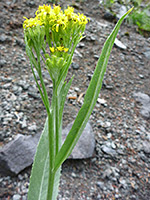 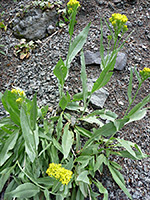 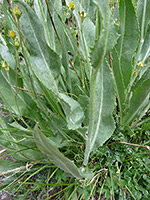 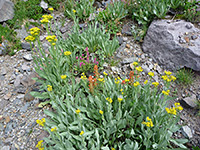 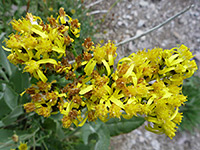 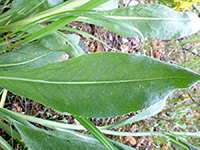 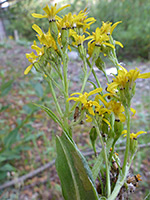 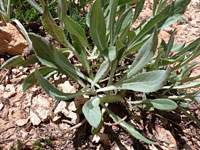 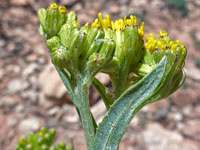 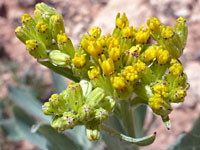 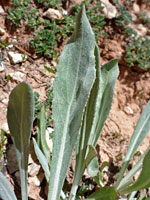 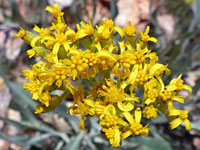