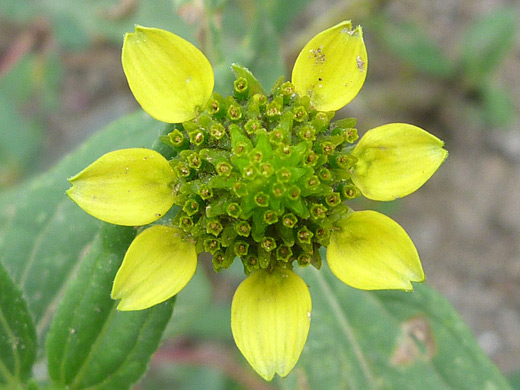 Stems of sanvitalia abertii can be relatively tall or very short, single or branched, upright or angled, but always have a covering of short, stiff hairs (strigose). Leaves have a rough texture, short hairs along the edge, and 3 lengthwise veins. Flowerheads are greenish underneath, the involucre ringed by between 5 and 11 veined, pointed, hairless phyllaries (usually 7 or 8), each attached to a small yellow ray petal. Petals have a notch at the tip, and tend not to overlap. The domed center of the flower contains several dozen disc florets, initially green, becoming yellow as they mature. 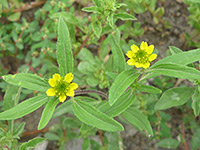 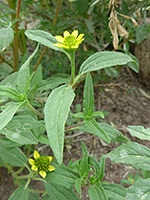