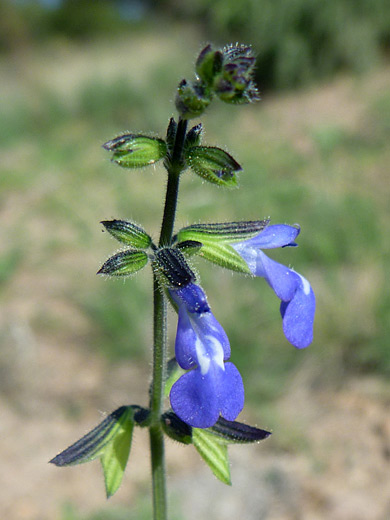 The common name of salvia subincisa (sawtooth sage) refers to the leaves, which are lined by large, angular teeth. The bilaterally symmetrical blue flowers form in whorls (up to 4) at intervals around the upper portion of the stem; they have two lips, the lower much longer than the upper, curved downwards, partly divided into lobes and with a white patch at the center. Flowers grow from hairy, ribbed, greenish-purple bracts, only a few of which bear blooms at any one time. Stems are also hairy, glandular and square in cross-section. Although inhabiting generally arid, open, sunny locations, this is a late-flowering species, usually only after the first monsoon rains of summer. 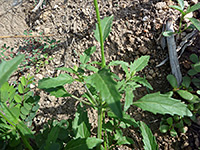