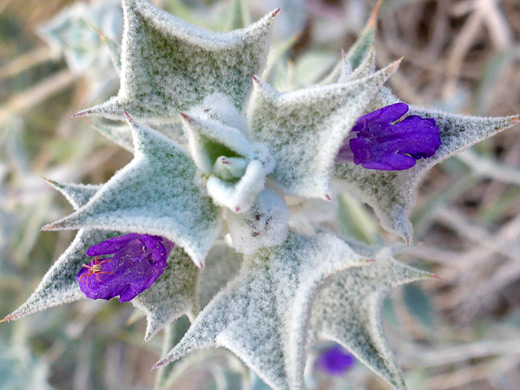 Salvia funerea occurs only in the ranges in and around Death Valley, in particular the Funeral Mountains, and also further south, in the Bristol Mountains near Amboy. It is easily recognized on account of its spine-tipped, holly-like leaves (most sages lack spines), and for the dense covering of short, white woolly hairs, on the leaves and stems. Plants are small shrubs, densely branched, with leaves at closely-spaced intervals. The leaves taper to a terminal spine, and have one, less often two, pairs of lateral spines.

Flowers form at the leaf nodes, usually in groups of three; they have a short calyx, divided about half way into five equally-sized lobes, and a blue-purple corolla about twice as long (up to 0.6 inches), opening to a two-lobed upper lip and a three-lobed lower lip. The middle lobe of the lower lip is longer and wider than the lateral lobes. The style and stamens are not exserted. 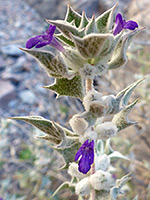 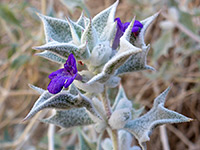 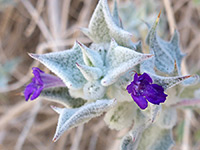