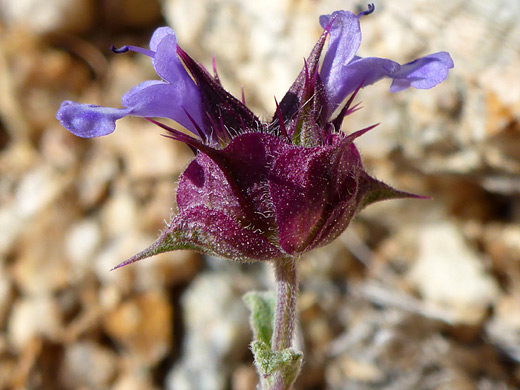 Leaves of salvia columbariae grow mostly around the base, and are pinnately divided into narrow lobes, which have irregularly lobed edges, an uneven surface, and a covering of short bristly hairs. Stem leaves are smaller and less obviously lobed. The four-sided stems and the spiky purple calyces are similarly hairy. The inflorescence forms at the top of the stems, subtended by a few leaves; one or more spherical clusters, each containing one dozen to several dozen flowers.

Often only a small number of flowers are in bloom at any one time, so the most visible components of the cluster are the purple calyces, which have two lips; the upper extends to 2 (less often 3) sharp spikes, while the wider lower lip has no spikes. Flowers have a blue corolla, also two-lipped; the upper lip is usually split into two lobes, while the lower lip is divided into two side lobes and a longer middle lobe. The center of this middle lobe is lighter in color, but usually has a few darker blue dots. 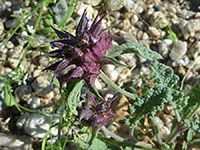 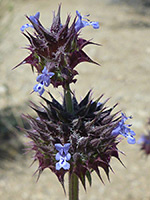 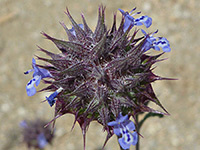 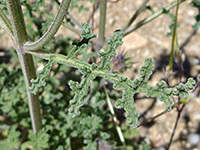 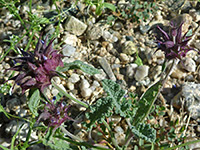 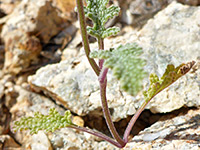 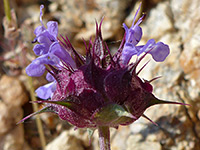