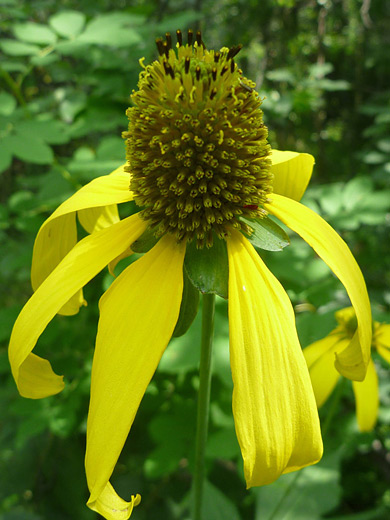 The lower leaves of rudbeckia laciniata are quite variable in shape, ranging in complexity from 3 lobes with mostly entire edges to 7 or more main lobes, lined by teeth and smaller divisions. Mid to upper stem leaves are unlobed, though still toothed. The stems are long, rigid and sparsely-leafed, branching freely and topped by unusually large flowerheads, up to 6 inches in diameter.

Flowers have 8 to 12 drooping, widely-spaced yellow ray florets surrounding an elongated, conical center of 150 to 300 disc florets, colored green early in the season, becoming yellow then brown as they mature. Phyllaries are broad, green and have pointed tips. A single plant can produce up to 50 heads. There are four varieties of rudbeckia laciniata (ampla, heterophylla, digitate, bipinnata), differing mostly in leaf characteristics. 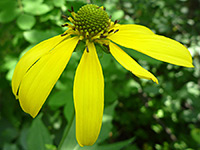 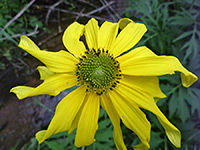 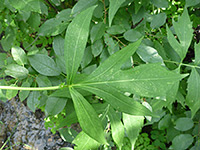 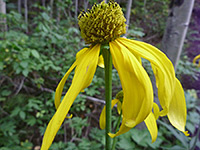 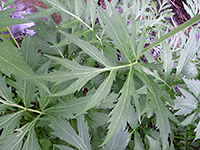 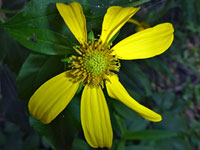 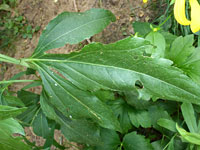 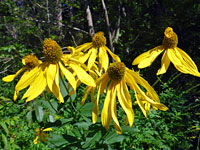