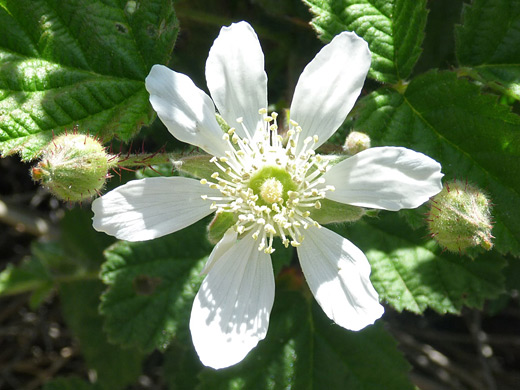 Stems, buds and the undersides of the leaves of rubus ursinus bear thin, red sharp (though easily detached) spines at regular intervals. Leaf edges are tinged red, as are the stems, which become tough and woody with age; the plant is a vine-like shrub, spreading to many feet. Flowers are dioecious, containing either male or female components, but both have five pointed green sepals and five longer, rounded white petals displaced by 36°. Male flowers are centered on a group of several dozen white stamens topped by white (later brown) anthers. Female flowers have a smaller number of white pistils. The edible fruits are around half an inch in length, colored dark purple. 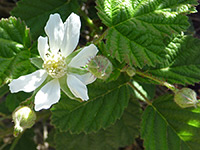 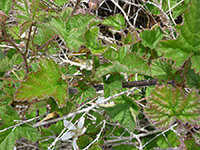 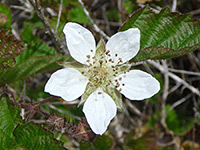 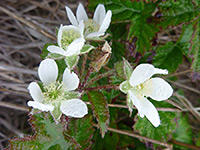 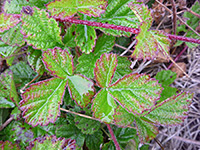 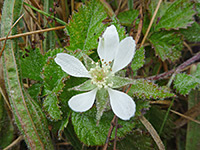 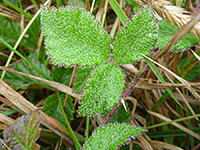