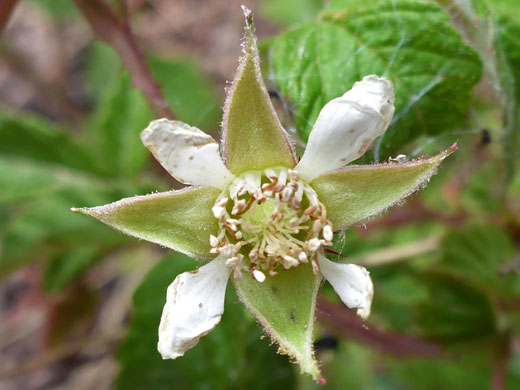 In the West, rubus idaeus is most widespread in the Rocky Mountains, with smaller occurrences in most other states. Stems are usually armed with reddish, broad-based spines, of varying lengths, and, for western plants, additionally have a covering of glandular hairs (var strigosus); plants with non-glandular stems are var idaeus, more common in the northeast. Stems also usually have a whitish coating. Leaves are divided into three or five leaflets, lined by coarse teeth, and attached by prickly petioles. Lower leaf surfaces are densely covered by short white hairs.

Flowers are produced from the leaf nodes, in small clusters, attached by pedicels that are also usually prickly and glandular. The five green sepals are triangular, broad at the base, while the five white petals are narrower, spatulate, and slightly shorter than the sepals, around a quarter of an inch. Fruits are the familiar red berries, containing up to 60 drupelets. 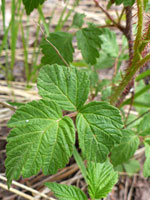 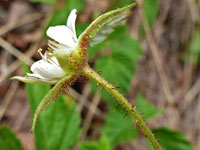 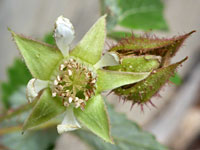 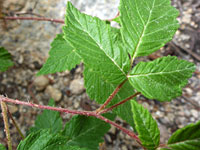