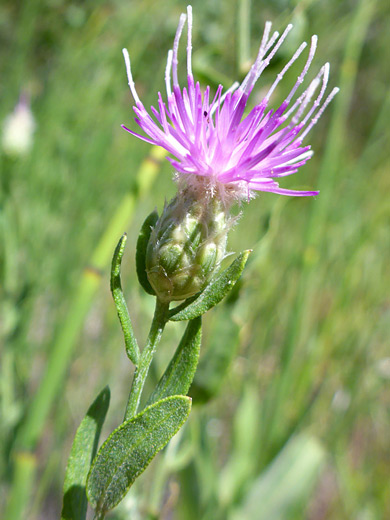 Flowerhead and leaves - rhaponticum repens, Deerlodge Park, Dinosaur National Monument, Colorado
Originating in Asia and Europe, rhaponticum repens has become established in nearly all areas of the western states. Plants are very similar to those in the centaurea genus, but lack sterile outer florets.

The erect, light green stems branch a few times, mostly towards the top, and are covered by cobwebby hairs. Leaves grow at the base and all along the stems, though at flowering time often only the upper stem leaves remain, and these are about half the length of the basal leaves (up to 3 inches). Most leaves have well-separated teeth along their edges.

Flowerheads have an egg-shaped involucre enclosed by several rows of relatively broad phyllaries; those lower down have rounded tips, pale margins, and are generally hairless, while those higher up are longer and more pointed, covered by soft hairs. Phyllaries are crossed a few lengthwise green veins. Above the phyllaries are between 15 and 36 disc florets, colored white, pink or pale blue; these open to five narrow, linear lobes, and a branched, white, exserted style. 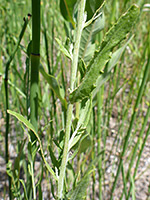 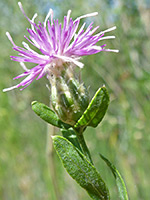 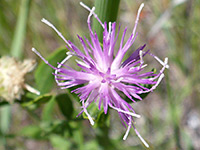