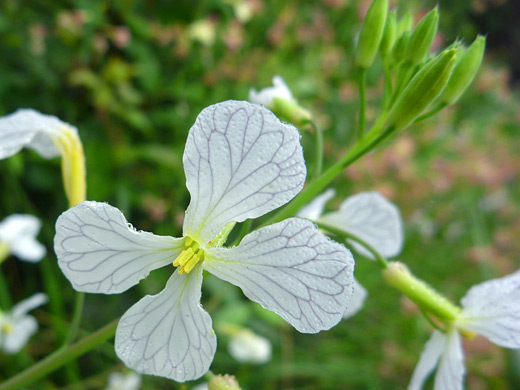 Raphanus sativus, originally from Europe, has been established in small areas of all the US states, and is most widespread along the Pacific coast. Flowers are large and numerous, occurring in a range of colors - white, pink, purple, yellow, crossed by darker veins which form a neat, symmetric pattern. Some shades result from hybridization with the similar raphanus raphanistrum. The four petals are up to one inch in length, while the elongated, reddish green sepals measure around half an inch. The flower center contains six yellow-topped stamens, two a little shorter than the others.

Stems are hairless or have only a sparse covering of short, spiny hairs. They are stout, and quite tall, up to four feet, branching mainly towards the tip. Leaves are large, up to two feet long though much smaller up the stems, and may be divided into somewhat irregular lobes. The surface is rough and the edges are lined by bristly hairs. The fruit is a green or purplish-green pod, up to eight inches long and half an inch wide, relatively thick for most of its length, tapering to a point. The pods are not much constricted between the seeds - one of the main differences between this species and raphanus raphanistrum. 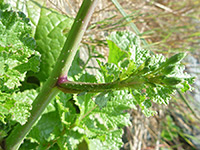 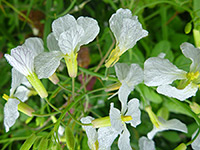 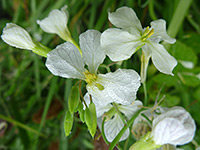 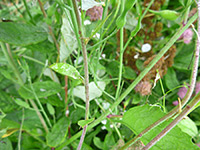 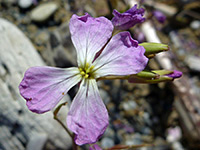 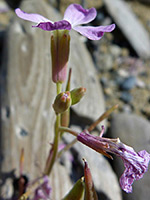 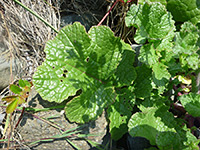 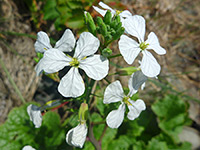 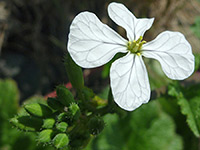 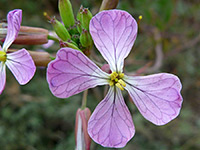 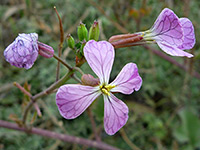 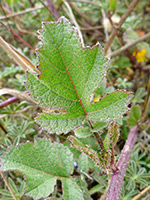 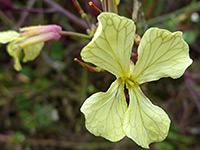 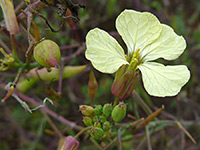 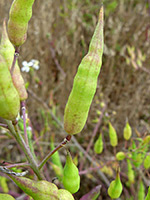 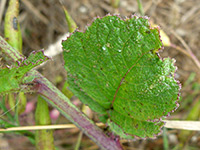 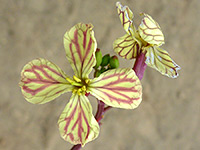