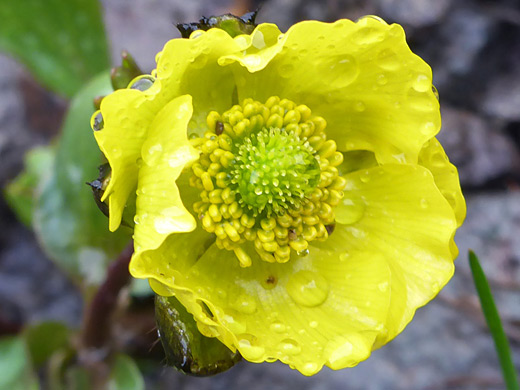 Ranunculus macauleyi can be identified by the long, dark brown hairs on the undersides of the five sepals. The pedicels may also have the same hair covering. Above the sepals are five (less often up to eight) larger yellow petals, up to 0.7 inches long and broad, and usually slightly overlapping; the petals tend to form a broad cup-shape, rather than opening fully. Several dozen yellow stamens with flattened anthers surround a central disc of numerous tiny green pistils. Flowers form singly or in pairs at the top of the short stems, which are usually glabrous but may have a sparse covering of long hairs.

A small number of leaves grow at the base, and along the stem (often just one opposite pair). Leaves are mostly undivided but usually have three shallow lobes at the tip. Leaves are crossed by faint, parallel, lengthwise veins. 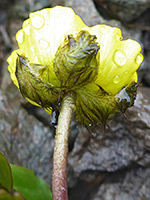 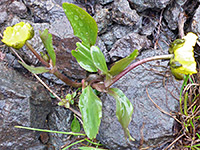 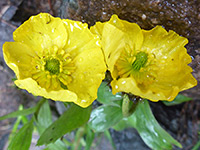