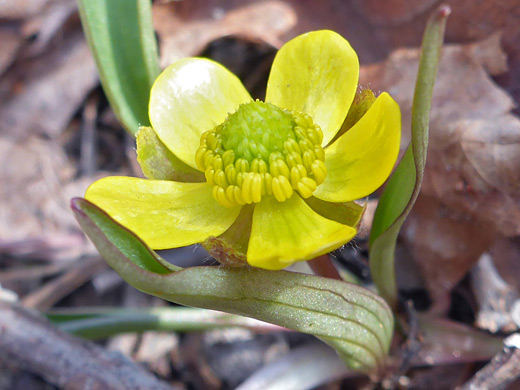 Ranunculus glaberrimus inhabits generally moist locations over a wide elevation range, and is found in nearly all the western states. Leaves are mostly basal at flowering time; the few stem leaves tend to wither early in the season. The basal leaves are either elliptic, often narrowly so, and usually entire (occasionally with three rounded teeth, or lobes) - this is var ellipticus, or broadly ovate to kidney shaped, usually with three lobes - var glaberrimus. The former is a generally lower elevation variety, though both are widespread. One other difference is that the three-lobed bract subtending the flower has equally-sized lobes for var glaberrimus, but a much larger middle lobe for var ellipticus.

The hairless stems may grow upright or stay close to the ground. Flowers consist of five spreading, yellow-green sepals, often reddish underneath, and between five and ten yellow petals, about twice as long as the sepals. 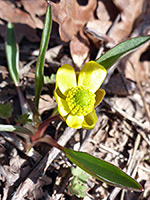 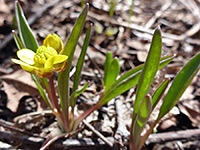 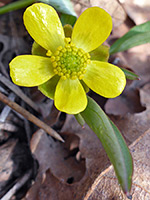 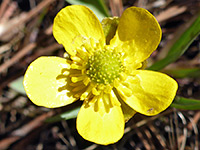 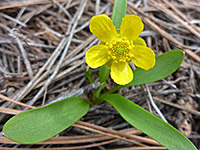 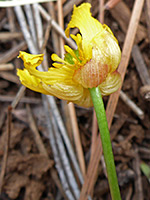