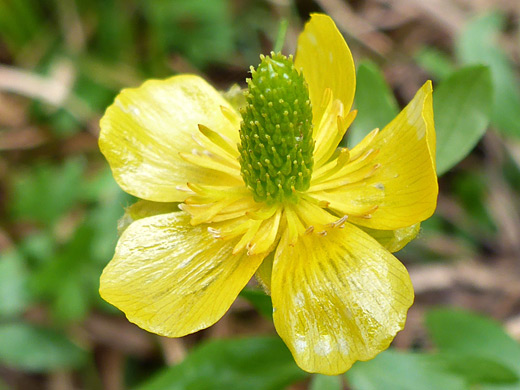 All parts of ranunculus eschscholtzii are usually hairless, except for the undersides of the sepals, which are covered with quite long, soft hairs. The leafless stems are leaning or erect, just a few inches tall, and topped by one (usually), two or three flowers. The basal leaves are nearly completely divided into three segments, which are divided a second time into three rounded lobes, sometimes further divided. The leaves may have a few straggly hairs along the margins. Leaf surfaces are covered by tiny glands.

Flowers are formed of five short sepals, below and between five to eight longer, broader, obovate petals, up to 0.6 inches long and wide. These surround a central ring of yellow stamens around a domed disc of green pistils, which remains narrow but elongates markedly at the fruiting stage. Petals are usually slightly overlapping.

Up to five US varieties are recognized (suksdorfii, eximius, trisectus, eschscholtzii, oxynotus), differing mainly in the shape of the leaf divisions and of the leaf bases. 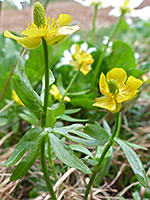 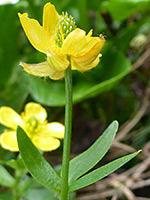 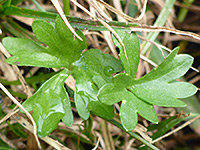 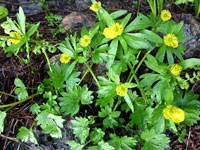 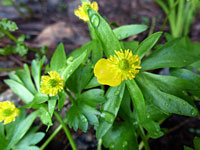 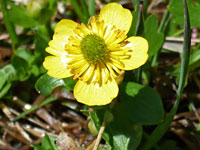 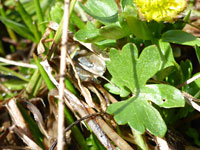