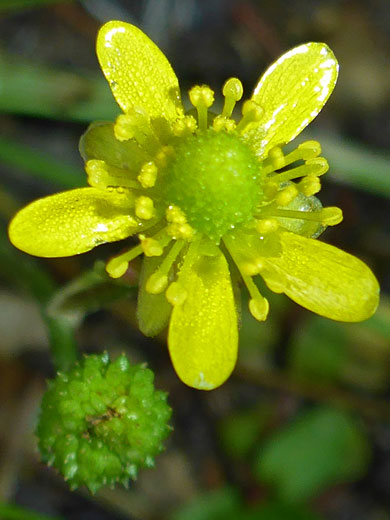 Ranunculus cymbalaria is a common species, absent from Texas but found in all the other western states, and occurring in riparian locations, often alkaline, from the coast to high mountains. Leaves are mostly basal, though also along the lower portion of the flowering stem, and on the stolons by which the plant spreads to form colonies. Leaves are attached by long stalks. Blades of the basal leaves are round or nearly so, often extending backwards from the attachment point, and crenate along the margins.

Flowers are formed of five spreading sepals, soon withering, and five narrow, obovate petals, about twice as long as the sepals, though still relatively short, less than 0.3 inches. Sepals are spreading to reflexed. The yellow stamens radiate outwards, while the green carpels form a compact cluster at the center, elongating during the fruiting stage. 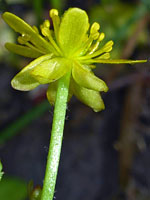 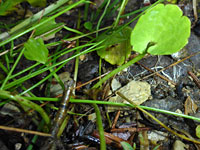