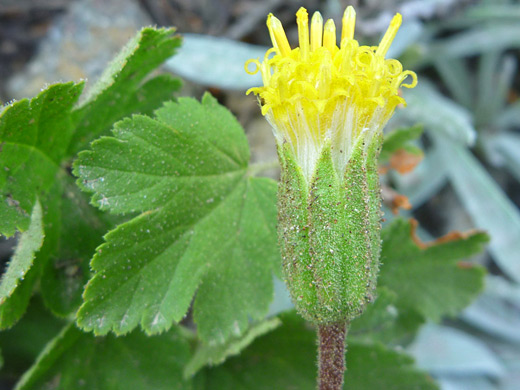 The common name of raillardella argentea, silky raillardella, refers to the leaves, which are covered by long, soft hairs, lying against the surface. Leaf edges are usually entire but may be lined with tiny teeth. Plants are small; leaves grow only at the base, and the purple flower stalks rise just a few inches above the ground. Stalks are topped by a single flowerhead, containing only disc florets, no rays. There may be one leafy bract just below the flowerhead.

Flowerheads have between 7 and 25 yellow disc florets, above a cylindrical or narrowly bell-shaped involucre ringed by green paleae, resembling phyllaries; these are fused for most of their length, the free portions tapering to a point. The paleae have a covering of short, glandular hairs. 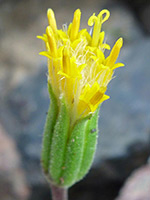 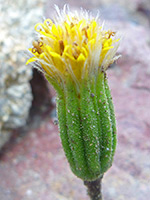 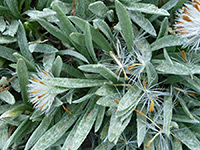 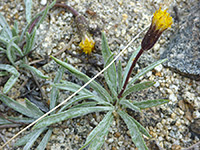 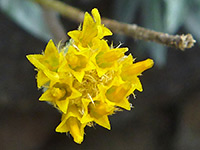 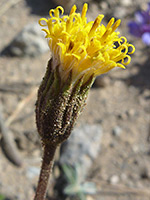 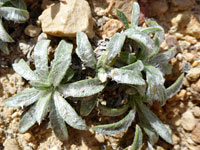 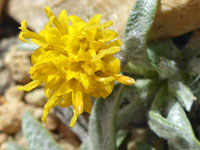 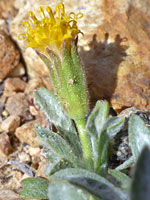 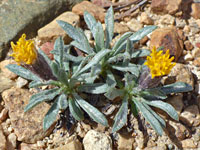