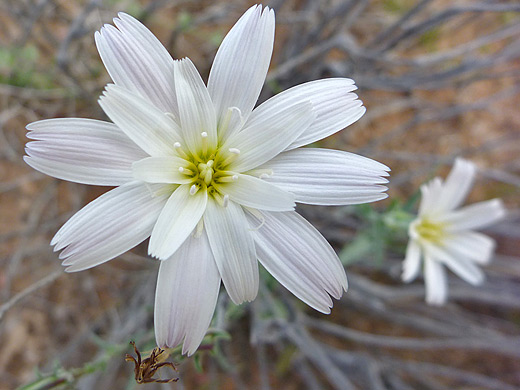 The distinctive white flowerheads of rafinesquia neomexicana consist of many overlapping ligulate florets, flattened and notched at the tip, becoming smaller towards the center, each with a whitish style at the base. The outermost are about 2/3 of an inch in length. Floret bases have a yellowish tint, while the undersides of the larger petals have light pink or purple bands.

Beneath the flowerhead are several rows of green phyllaries, the outer ones (at the base) small and curled backwards. Phyllary margins are white. Leaves are few in number, concentrated around ground level. Plants produce one stem or several, branching at the base, each topped by up to five heads. 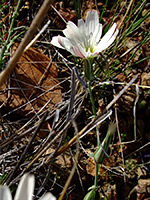 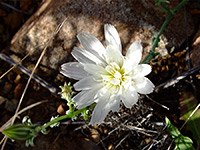 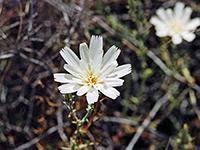 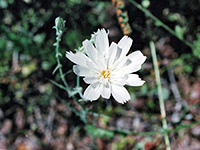 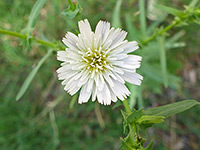 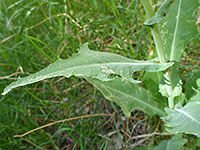 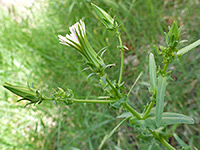 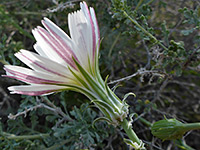 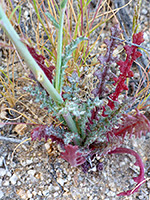