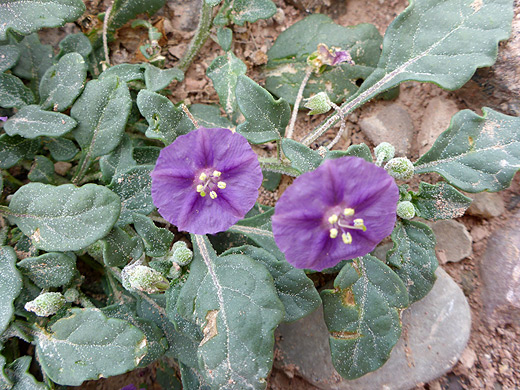 Purple flowers and dark green leaves of quincula lobata - Dome Trail, Big Bend Ranch State Park, Texas
Quincula lobata is the sole species in a monotypic genus, formerly part of the genus physalis, from which it differs by having flowers that are purple rather than yellow, erect rather than nodding, and a style which is curved rather than straight. Leaves are dark green, rounded at the tip and tapering at the base; usually entire though sometimes lobed. They have a light-colored midvein and a few thinner, pinnate side veins. Stems and leaves are generally hairless but may have light covering of minute hairs.

The corolla is approximately circular when viewed from above, about 0.8 inches in diameter, colored purple, with darker bands through the middle of the five lobes, forming a star-shape. The five stamens are symmetrically positioned between the lobes; they have purplish filaments and yellow anthers. The bent style is about twice as long as the filaments, and is topped by a green stigma. 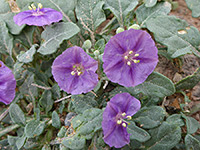 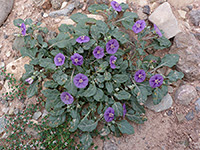 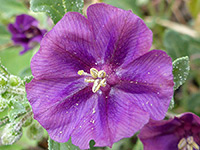 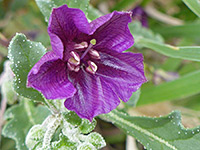 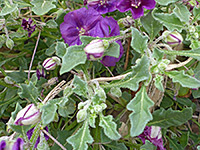